We got started a little later due to the start of Daylight Savings. Also, we apparently accidentally booked a “hotel” that was actually just a room in some weird guy’s house - so we wanted to get out of there ASAP.

As we didn’t have a lot of time in LA and driving there takes forever (you have to go 10 miles northeast in order to go 5 miles south), we decided to checkout one of the main attractions – Santa Monica Pier and Venice Beach.

The Pier itself was very pretty, and we were very happy that we were blessed with good weather. The pier isn’t as long as Fisherman’s Wharf in San Francisco, but still has charm. We played a few games and won a few small stuffed animals (and an emoji). 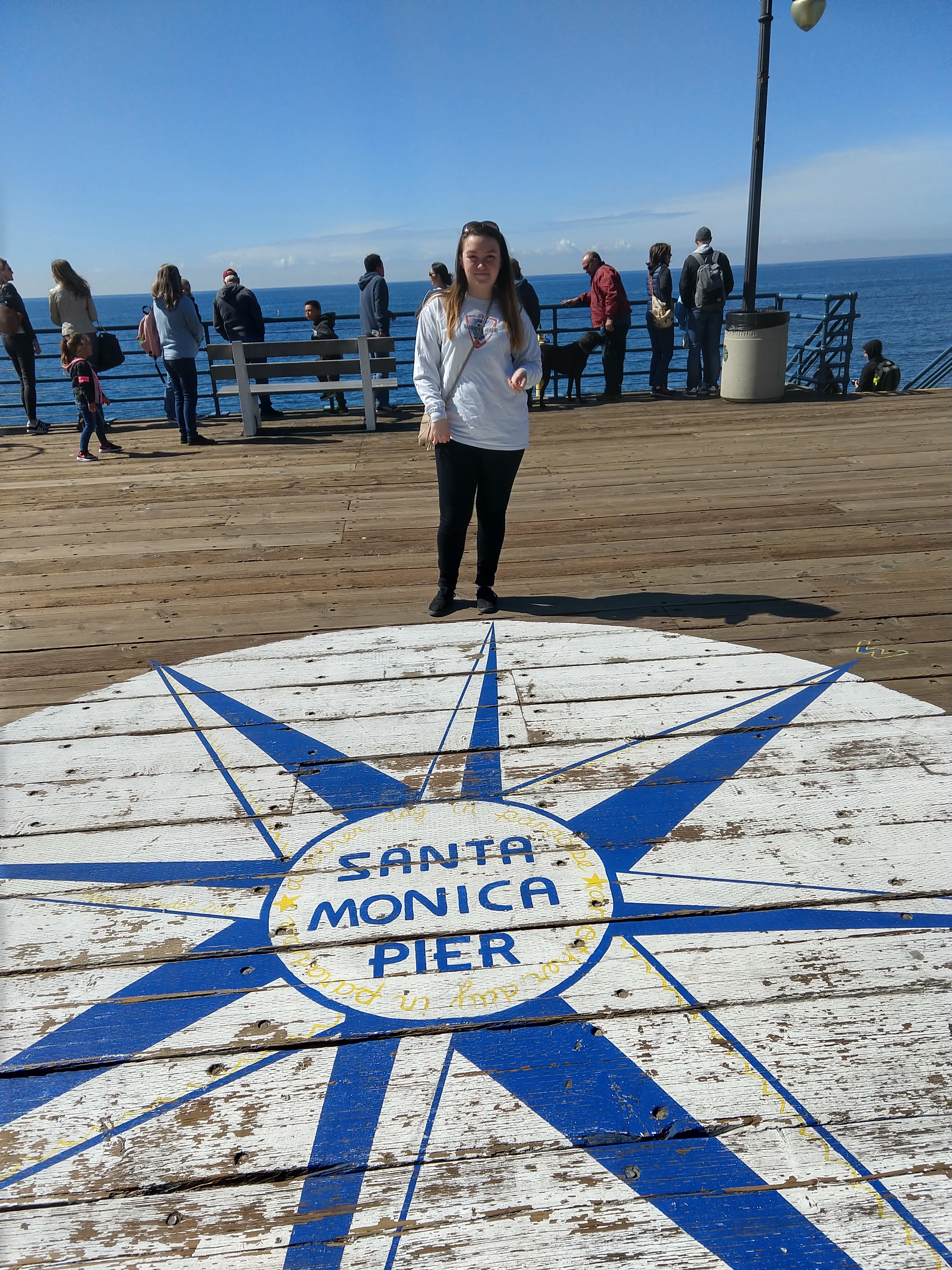 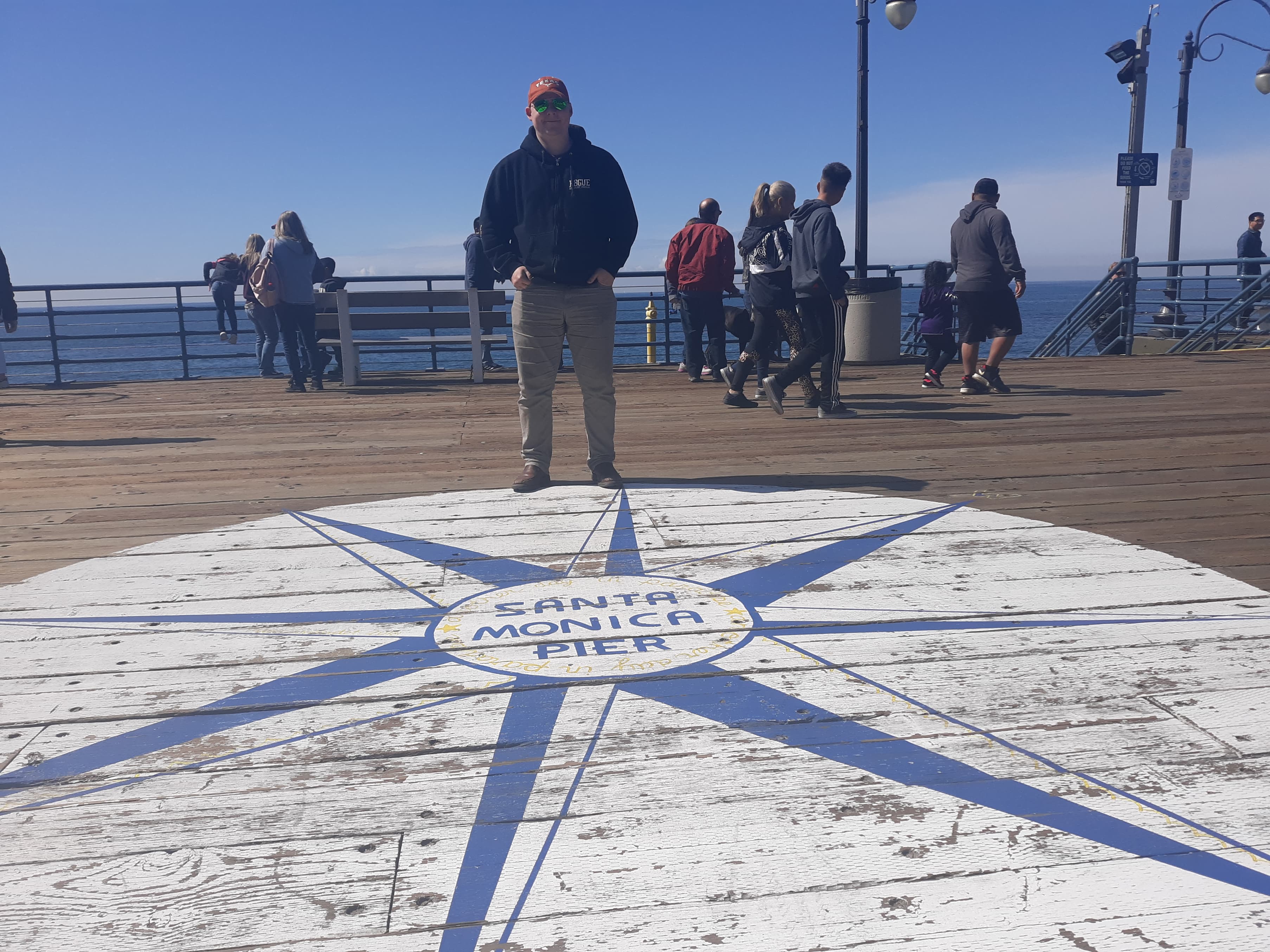 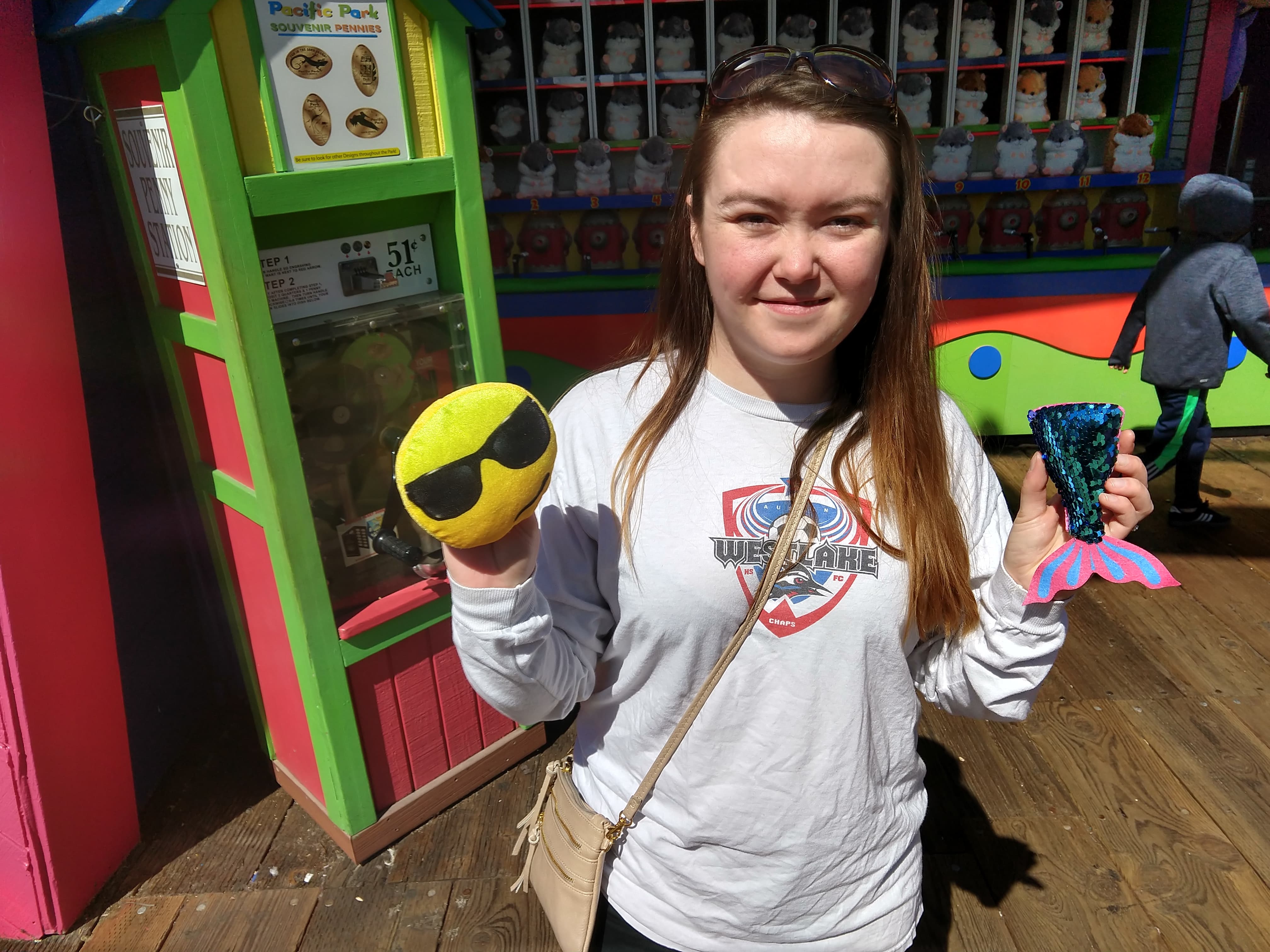 The walk from there to the intersting part of Venice Beach is a little long, so we got some of those scooters (Katie calls them “scoots”) and took them down. The beach itself is really big, and had a couple people hanging out on it. We checked out Muscle Beach, where the Governator himself used to work out. Venice Beach has a bunch of street vendors selling all sorts of random art – including some weird things like googley-eyed animals and mannequins that have been painted… The weather was warm and we were finally able to take of our jackets and sweat a little bit. Unfortunately, that meant we both developed a bit of a sunburn. 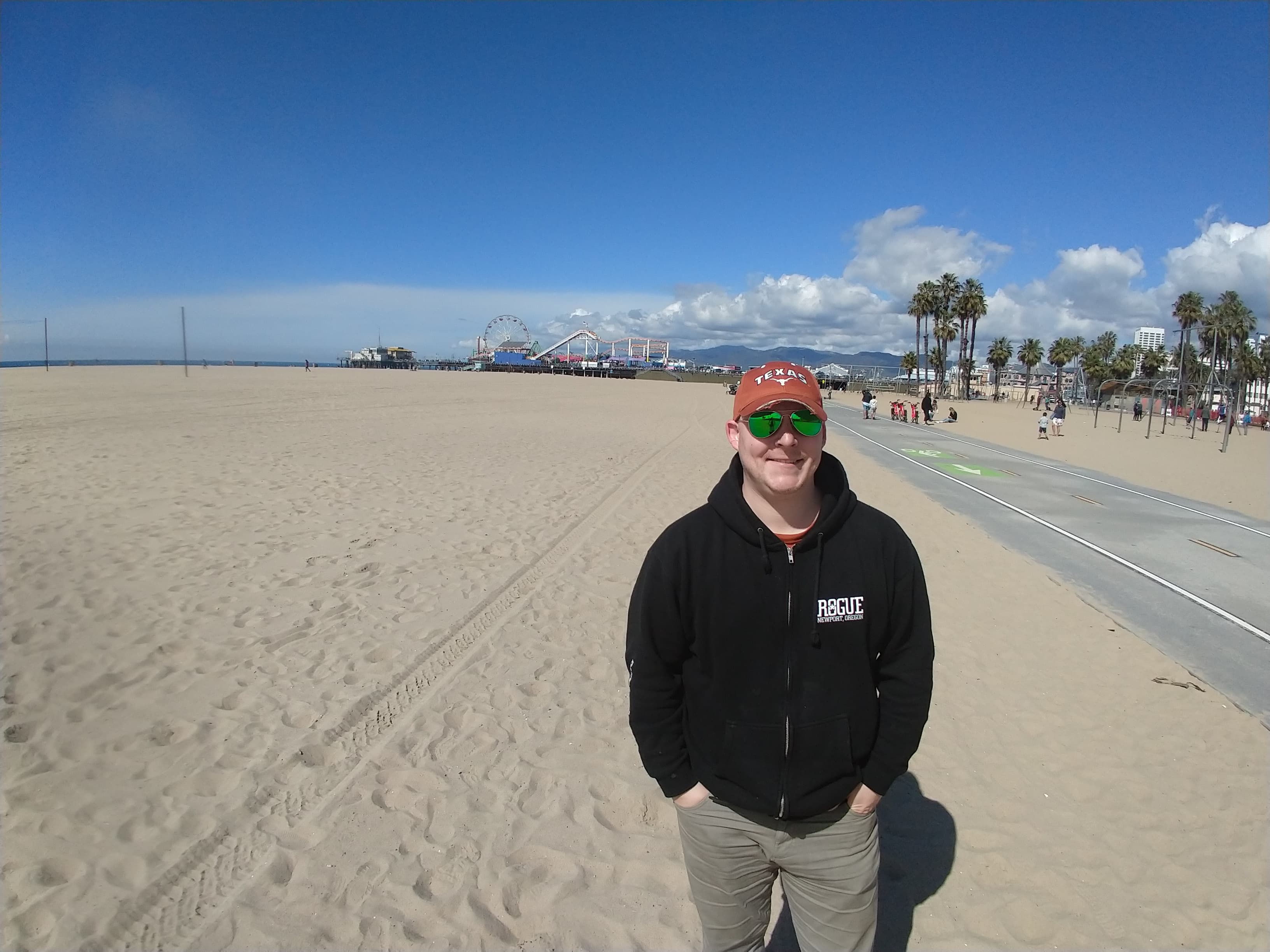 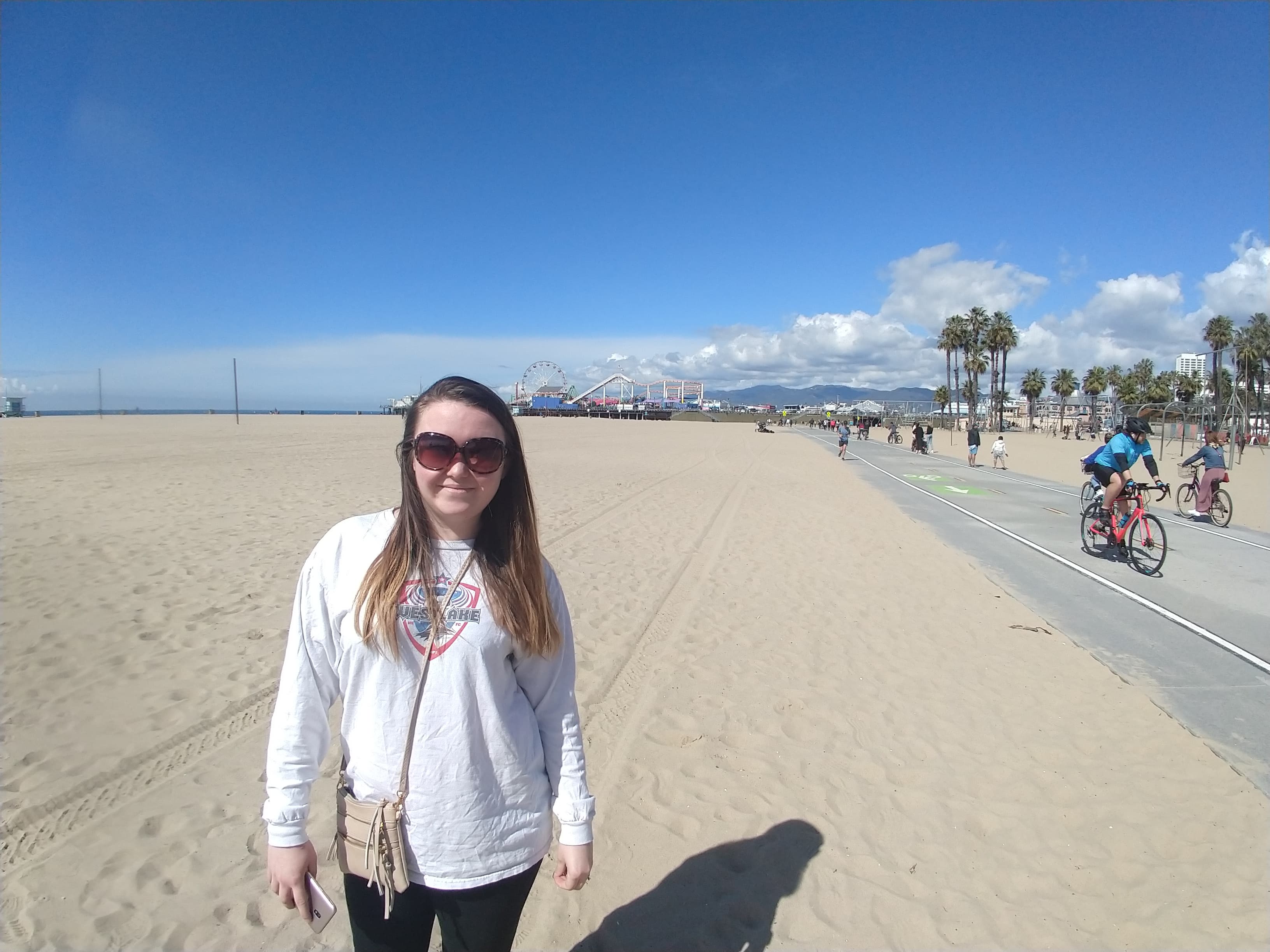 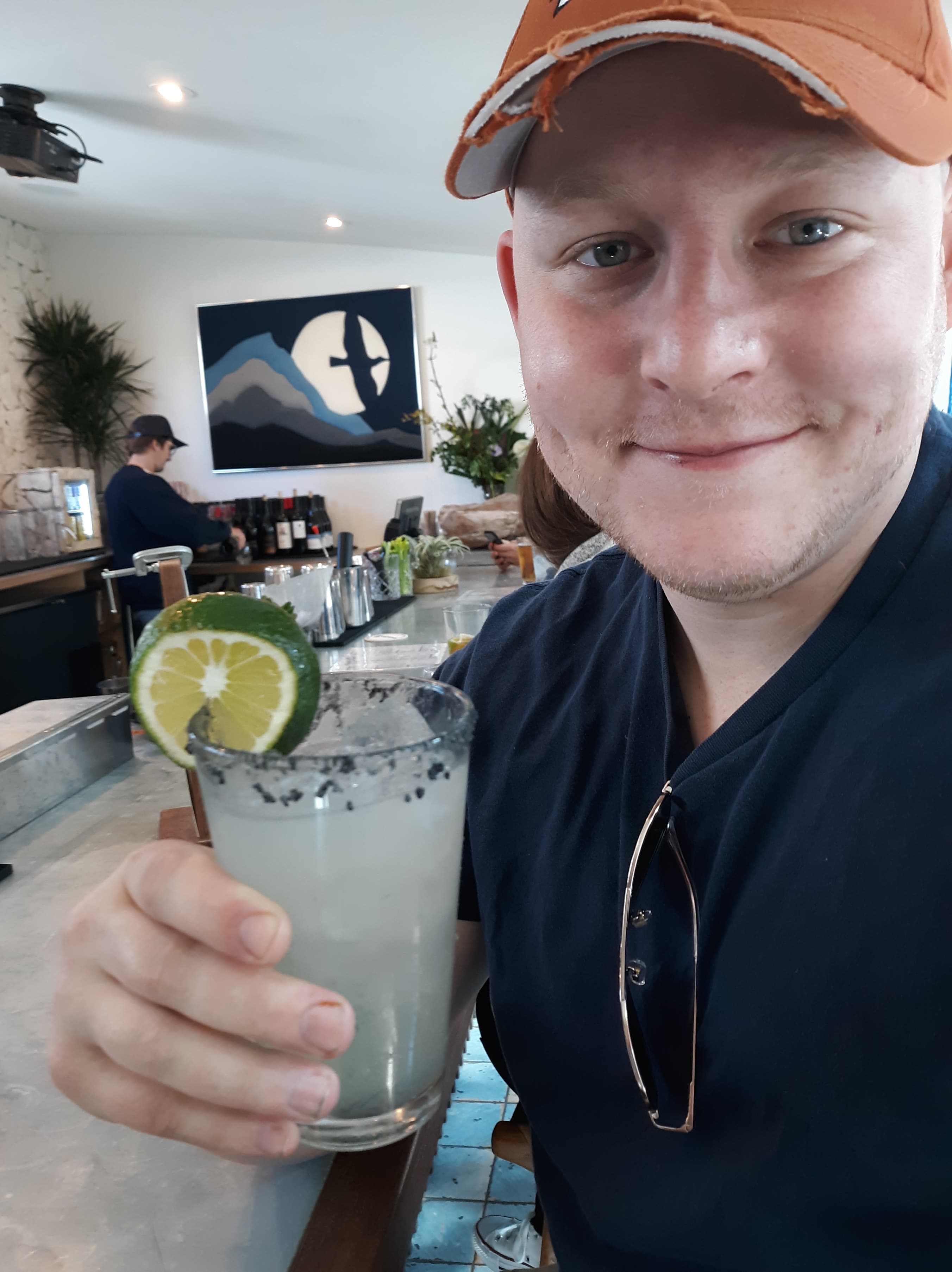 We stopped at a place on the beach for tacos and drinks and people-watched. At first it was a cheap beer, but then we went next door and got a margarita that had salt on the rim. Sadly, just like San Luis Obispo and Hollywood, the place went extremely clubby (at 3pm) and we were forced to abandon ship.

However, while we were sipping our margaritas with black (!?) salt, we overheard that there was a kite festival occuring in Redondo Beach, so we decided to move there.

Redondo Beach was a bit more family-friendly than Venice Beach. When we got there, we needed to collect a pressed penny, so we headed into an old-school arcade. After playing a few games and losing a few bucks, we have our tickets to a kid with his grandma and headed over to the beach to watch the kites. 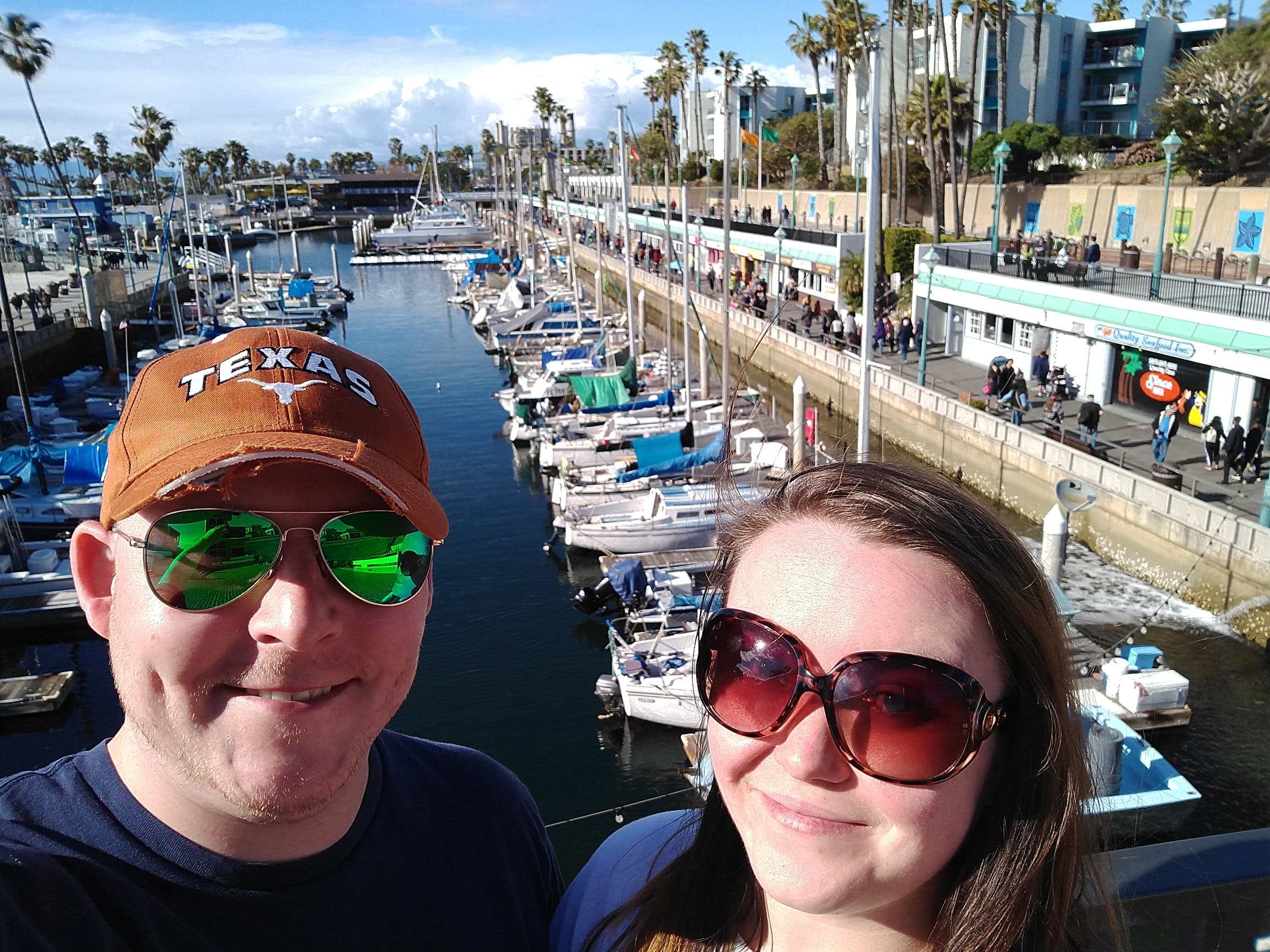 There had to be over a 100 kites flying all on a small stretch of beach. Everyone looked like they were having a blast. We even took our shoes off and tempted the ocean to send waves that would be strong enough to freeze our toes. Needless to say, the ocean won. 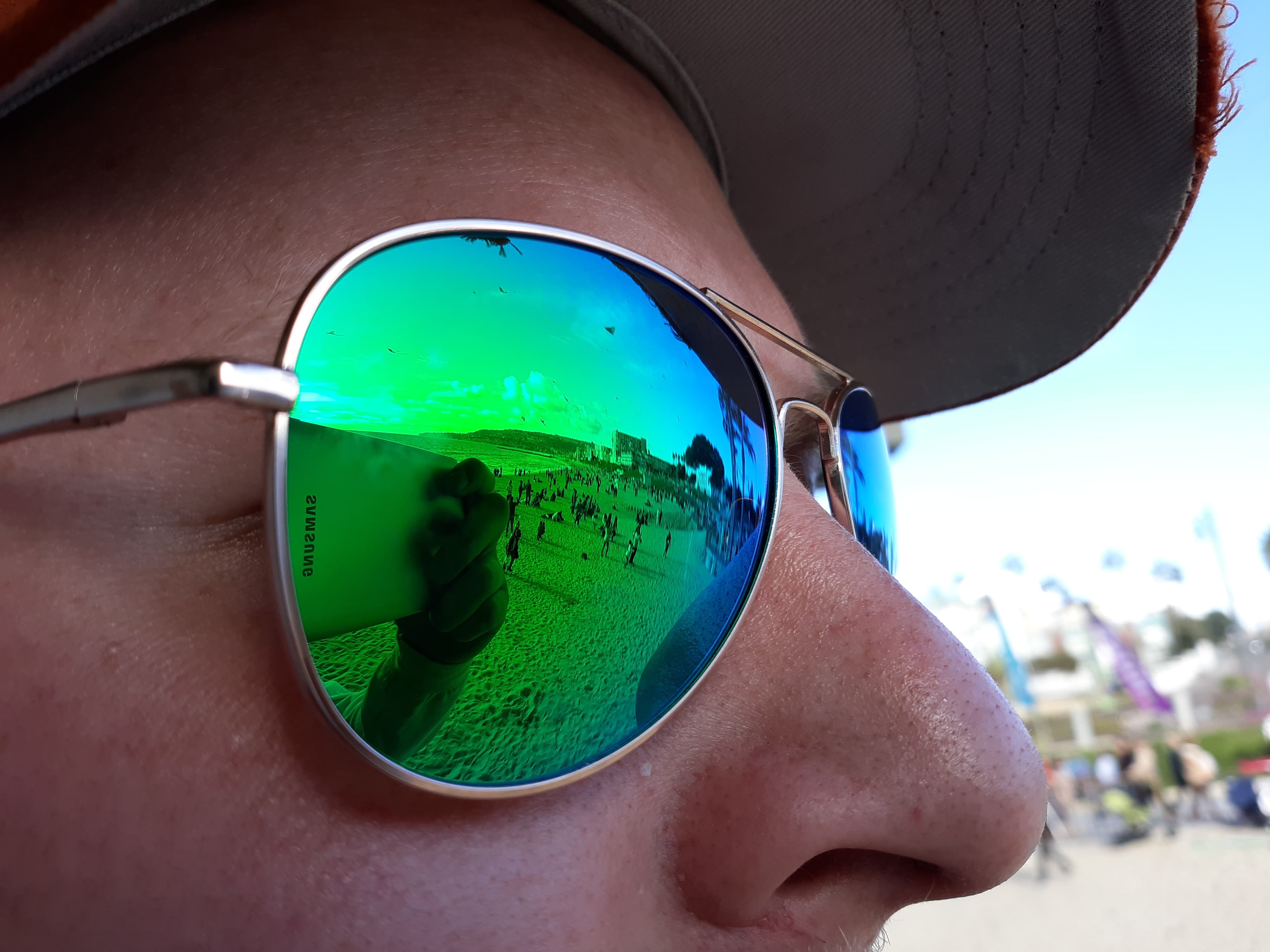 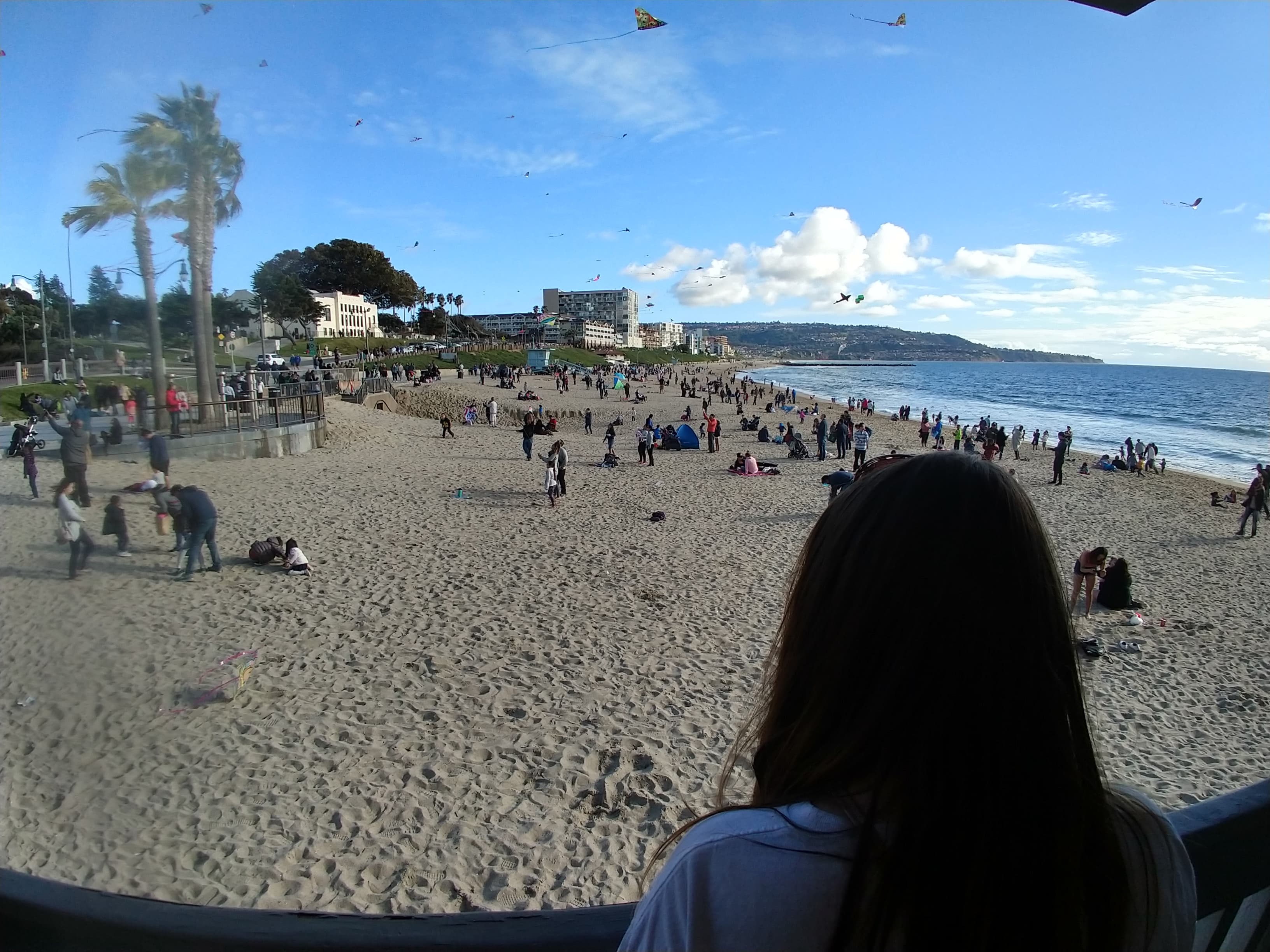 Because everything in LA is 20 miles away from each other, it was already sunset by the time we reached Huntington Beach. We snapped a few photos of the darkening sky and headed to a place nearby for some burritos. Again, like SLO, Hollywood, and Venice Beach, this became extremely clubby as soon as we walked in. We found ourselves as the only people eating food while the joint was rocking hip-hop and people were bumping behind us as we are. Frowny face. Luckily, we did find a cool place called Second Story that had a more subdued atmosphere. 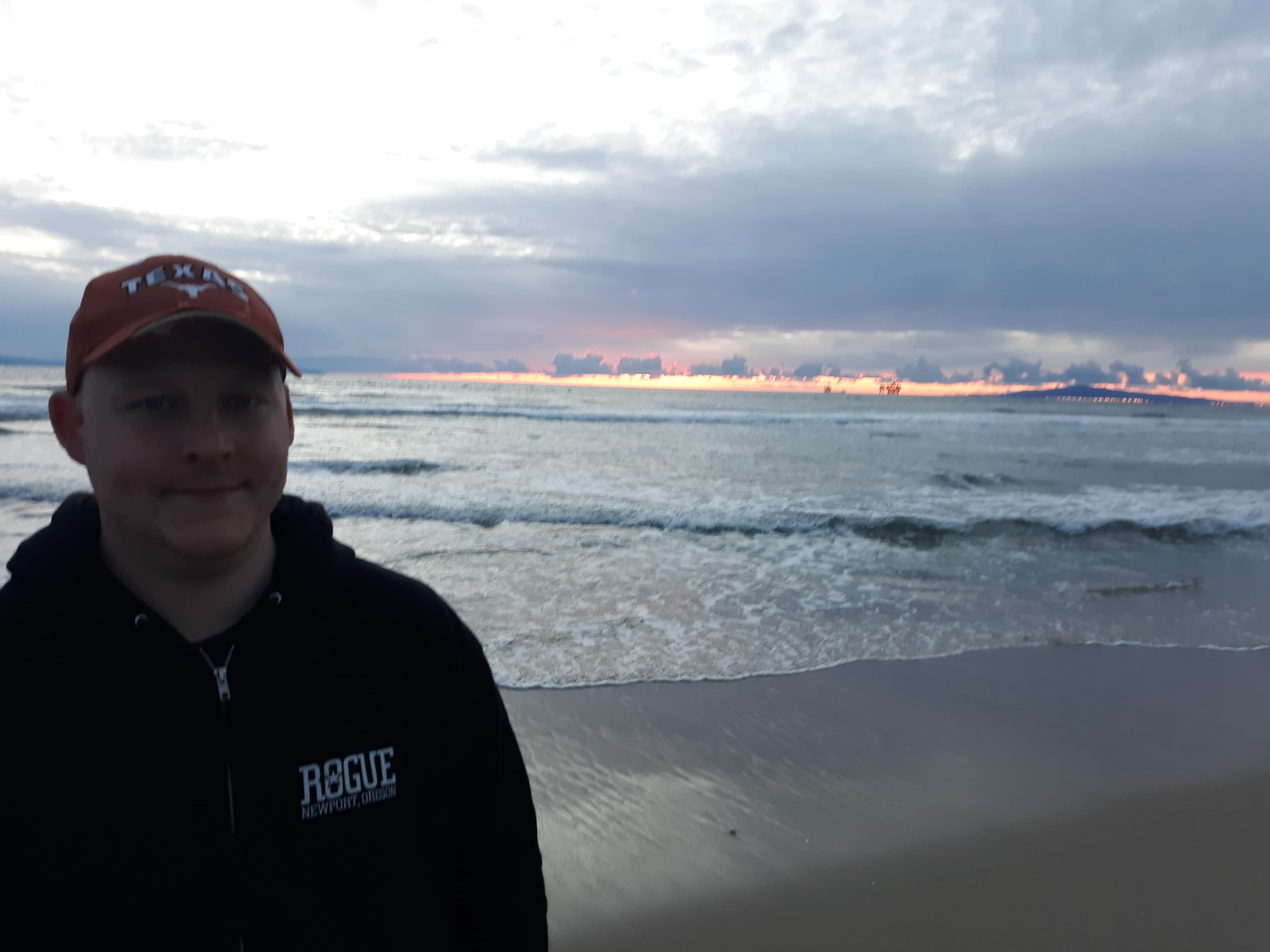 We headed to our AirBnB in Santa Ana and passed out. Day 10: We arrive at the border with Mexico