Natually, we got a late start leaving Vegas and didn’t make it quite as far as we wanted.

We wanted to camp in the Grand Canyon, so we stopped at Walmart for some supplies. Nick argued with me about which hot dogs to buy. (Hebrew National vs Polish Dogs).

Then we drove to the Hoover Dam, which is really impressive. The water was down to 35% so you could see where the water had bleached the rock. Also, the powerlines were all tilted there. 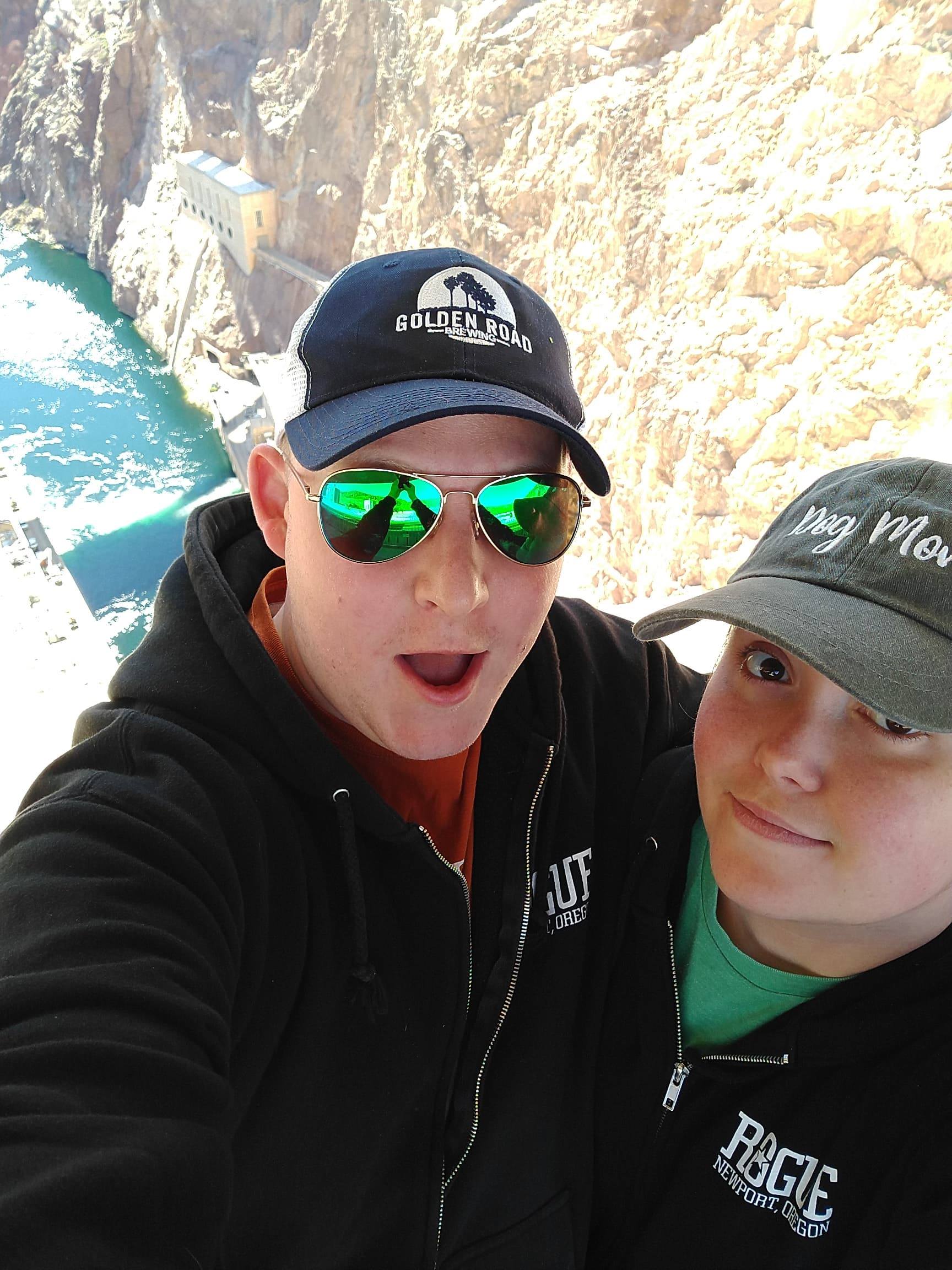 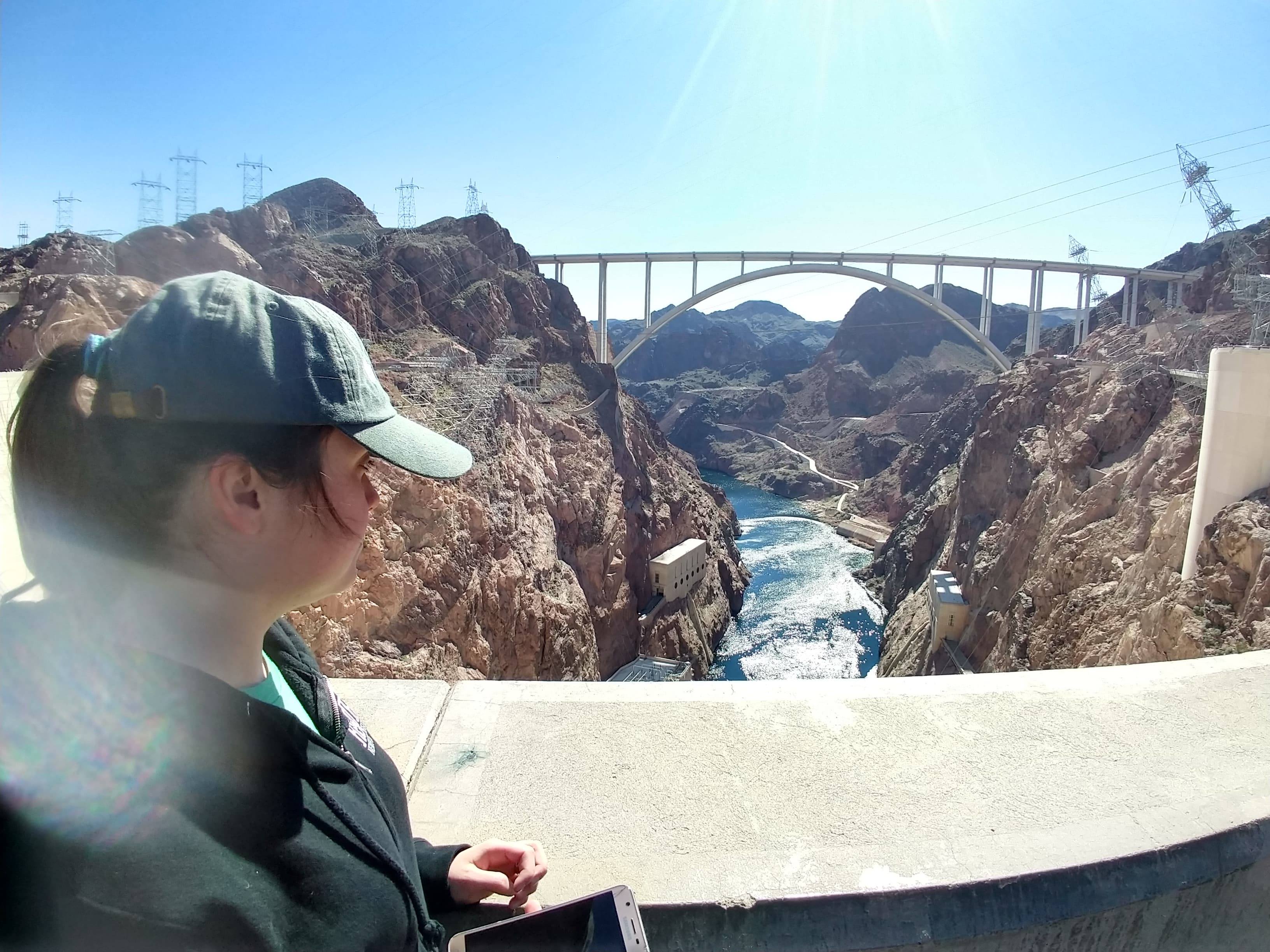 We were also surprised that you have to go through pretty intense security, including being questioned by people with bulletproof vests.

The dam lies on the Nevada-Arizona border, so there were 2 clocks. Oddly, they are both in the time zone, so that was weird. 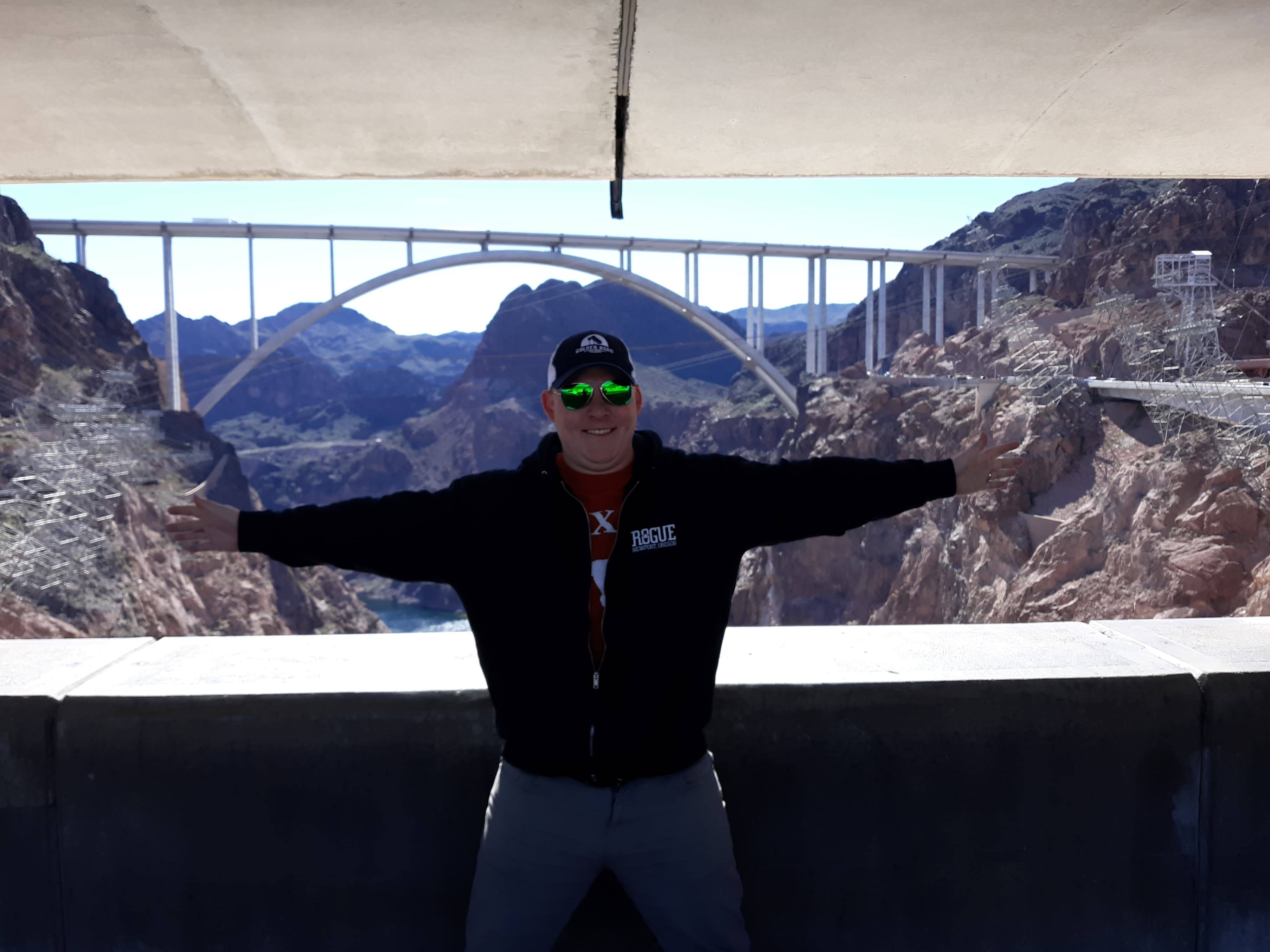 The weather was great so we got some good pictures. 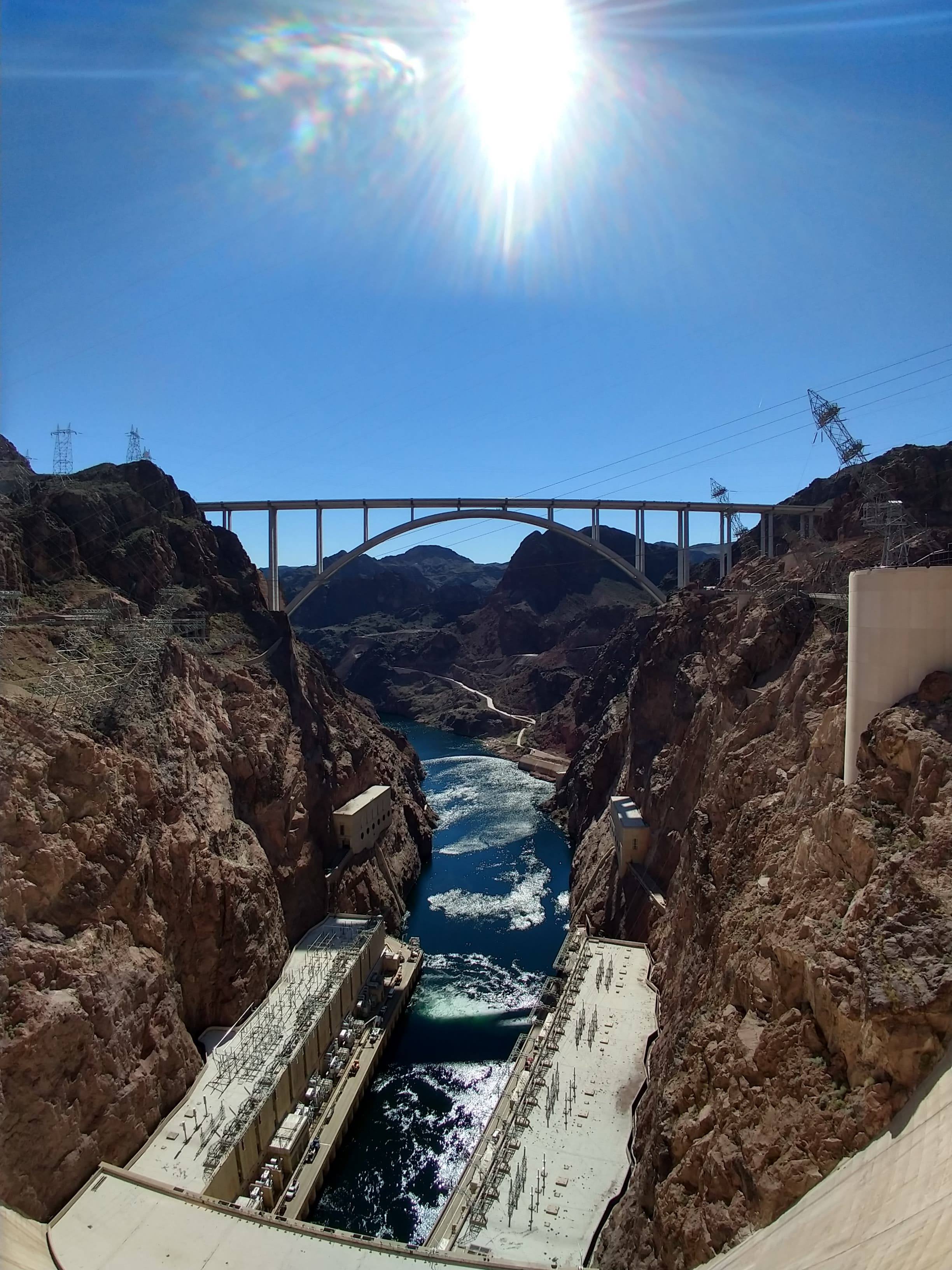 So we learned you could do dispersed camping in the Kaibab Forest south of Grand Canyon National Park. What we didn’t realize was how to temperature would drop drastically after sunset.

During the drive, the landscape changed from Vegas-style desert to an area resembling central Texas, to a forest covered in snow.

It was 24 degrees out and Nick excitedly started setting up camp. The area was covered in snow, which made it quiet and eery. When the wind blew, snow would fall from trees and it sounded like bears coming to eat us. 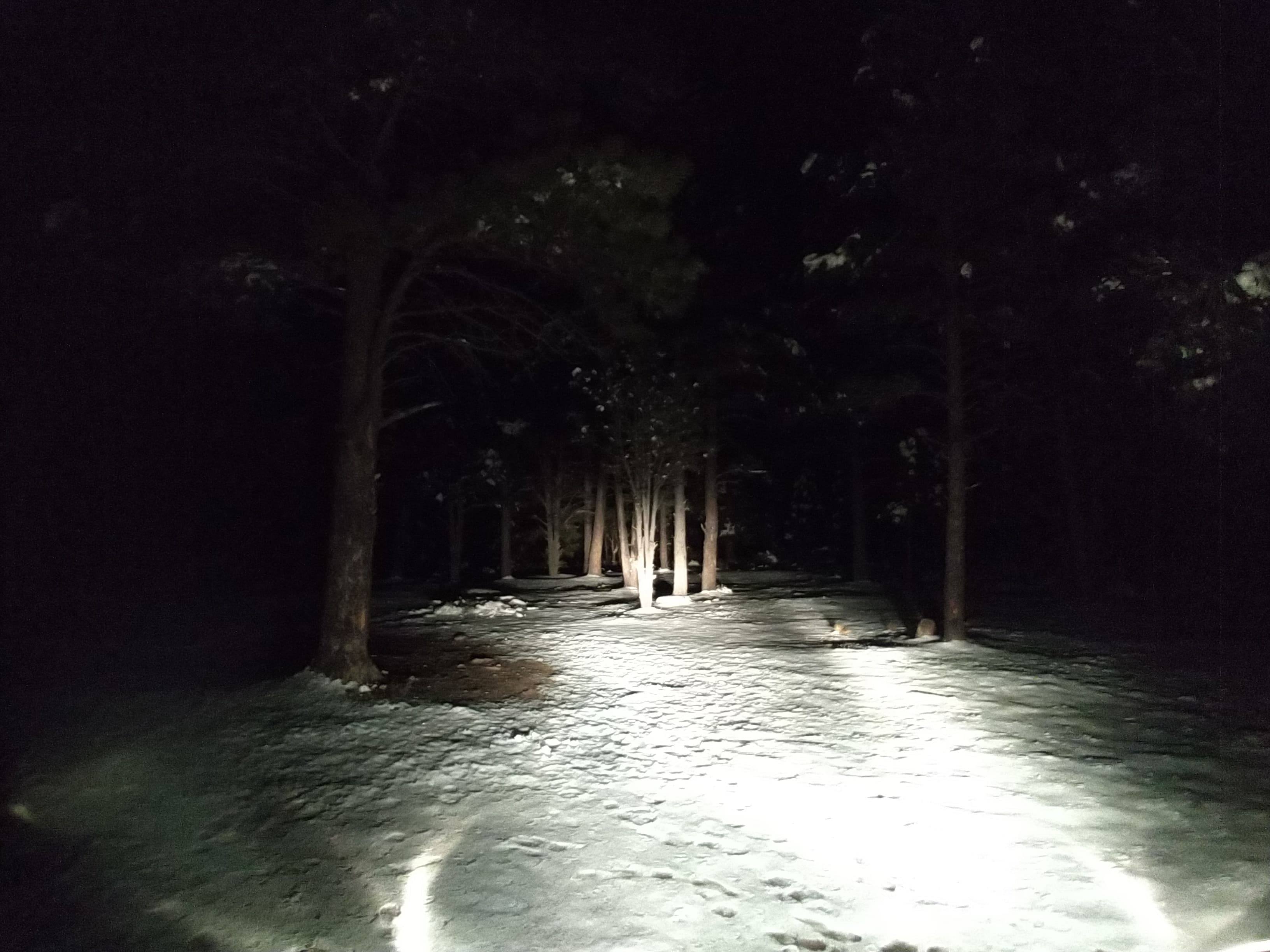 In the 24 DEGREE WEATHER, Nick decided that we only needed a charcoal fire. Some Boy Scout… Let me repeat, a charcoal campfire. 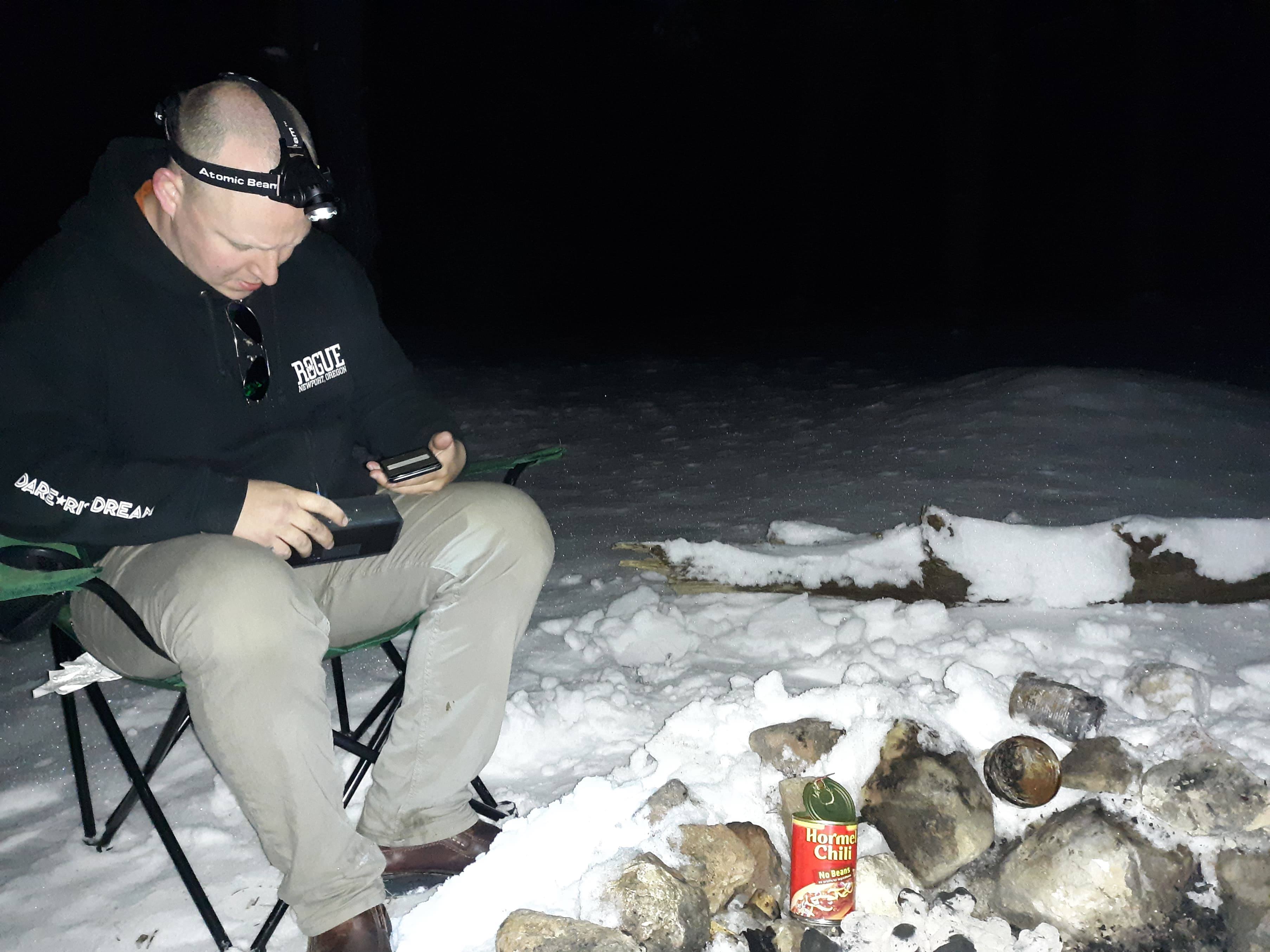 We barely had enough heat to roast the weenies and they tasted like chemicals.

Nick finally got cold and gave in. After spending 2 hours in the freezing snow, we headed for the nearest motel where we slept soundly. And warmly.

Day 14: Grand Canyon and the City of Broken Dreams