We originally planned to visit Crater Lake, but ultimately decided it would be too much of a detour – lots of driving through mountains, but not a lot of places to stop of. Instead, we wanted to continue down the Oregon Coast and have a day similar to yesterday.

After leaving Newport, we did our daily lunch pickup. Roast beef sandwhich & a chicken wrap - and some Lay’s chips. We also picked up some salt-water taffy in a small town nearby.

The geography changes drastically after leaving Newport. The 101 closely follows the coastine, with a dramatic backdrop of rocks, mountains, forest, and ocean.

Then, we drove 27 miles to Cape Perpetua Outlook. The view from the hill was fabulous. The turnoff for the outlook was over 1.7 miles long and required a 702 foot elevation gain, with a bunch of windy turns. But it was worth it. From the outlook, we could see both interesting geographical features of the area – Sprouting Horn and Thor’s Well. 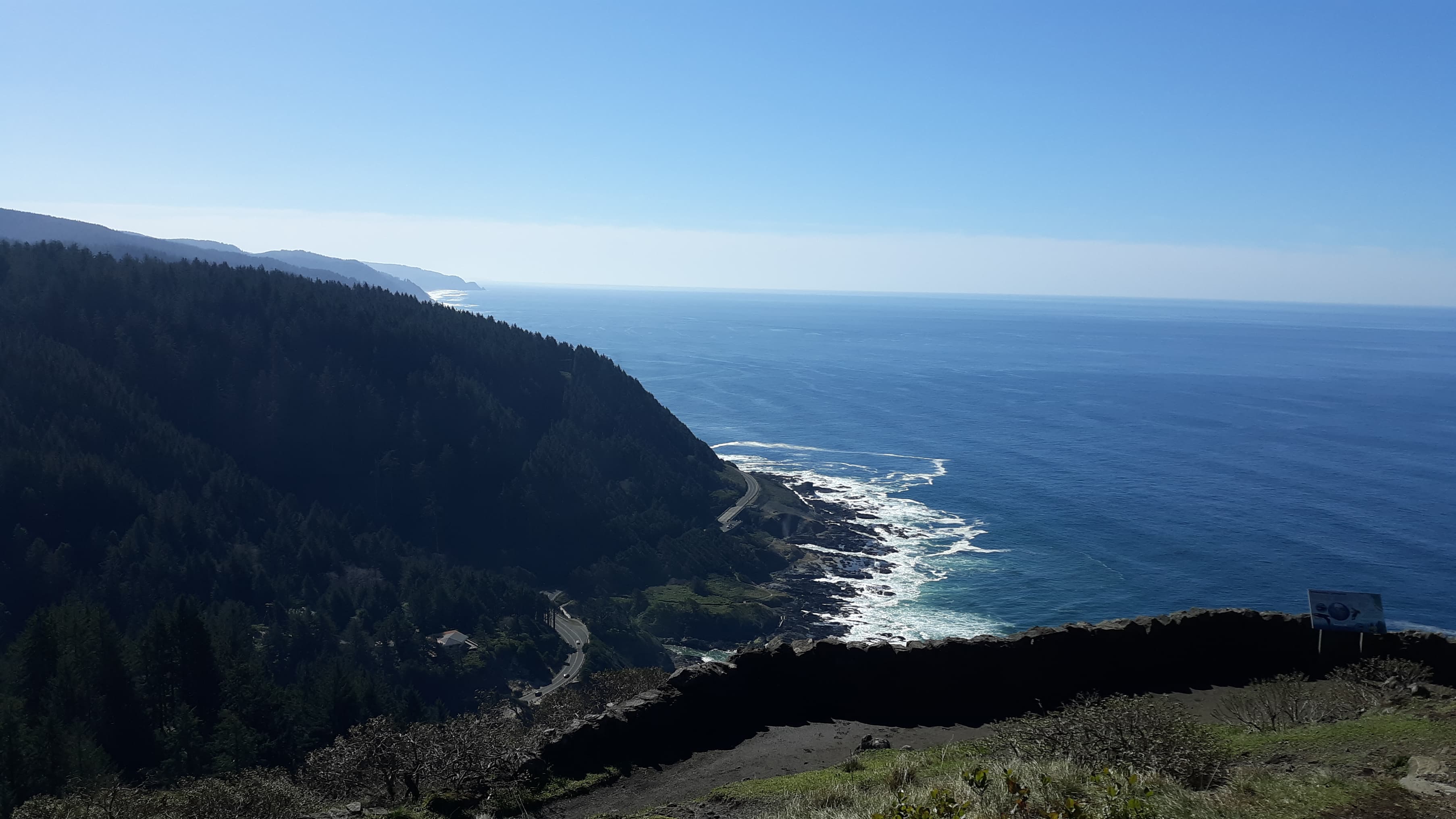 Sprouting Horn just looked like a small spray of ocean dust from that vantage point. Once we drove down the hill, and walked to within a few yards of it, we were awed at its raw power. It’s what’s known as an ocean geyser. It can also shoot ocean water and foam over 50 feet in the air. It happened so often we were able to capture a couple of videos. 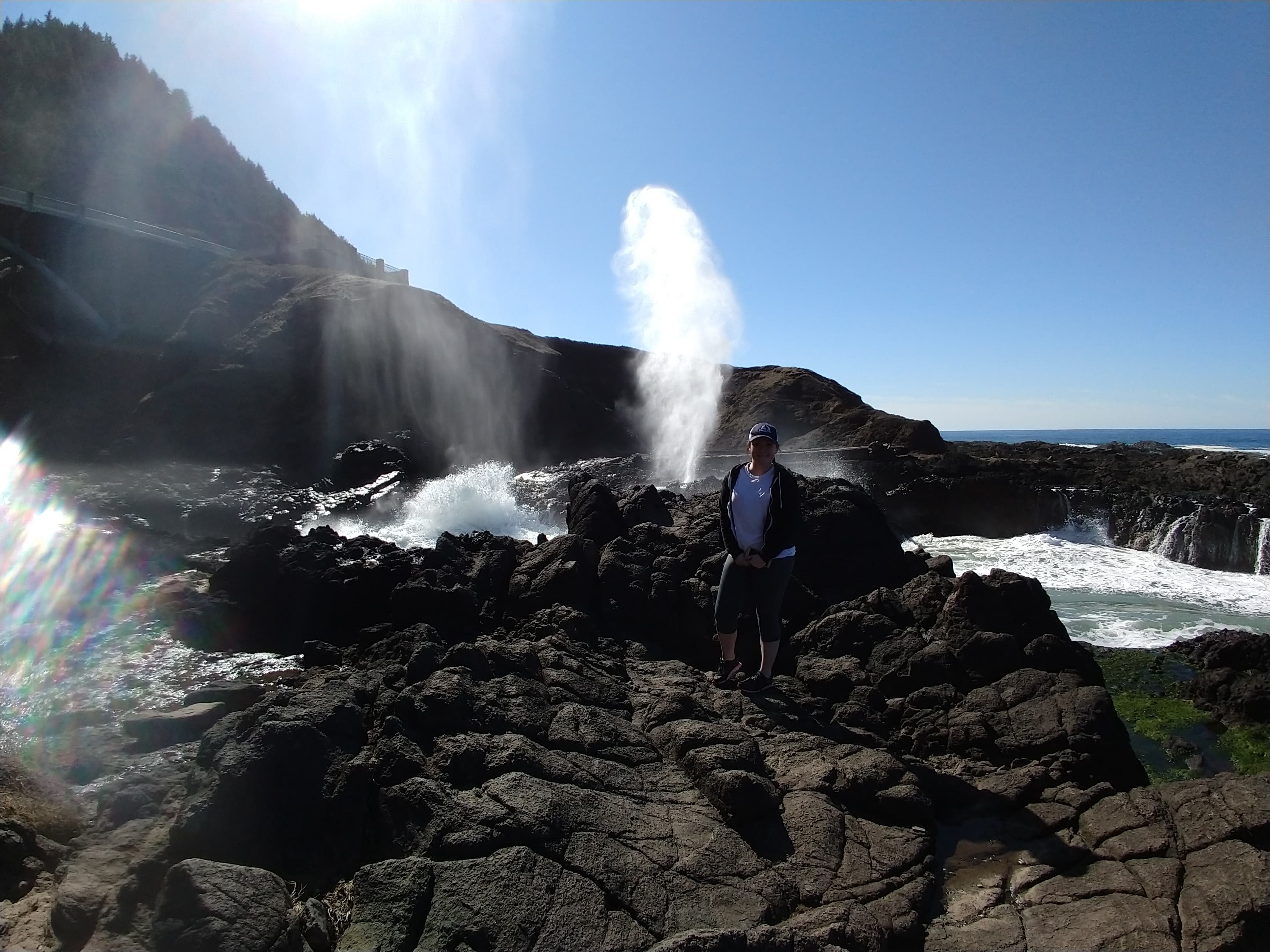 Thor’s Well wasn’t as epic as the name would suggest. From what we could see, it seemed to act as a massive drum, loudly pounding the rock formation. The waves got for a moment, so we decided to leave the area - it had a very morbid sign. 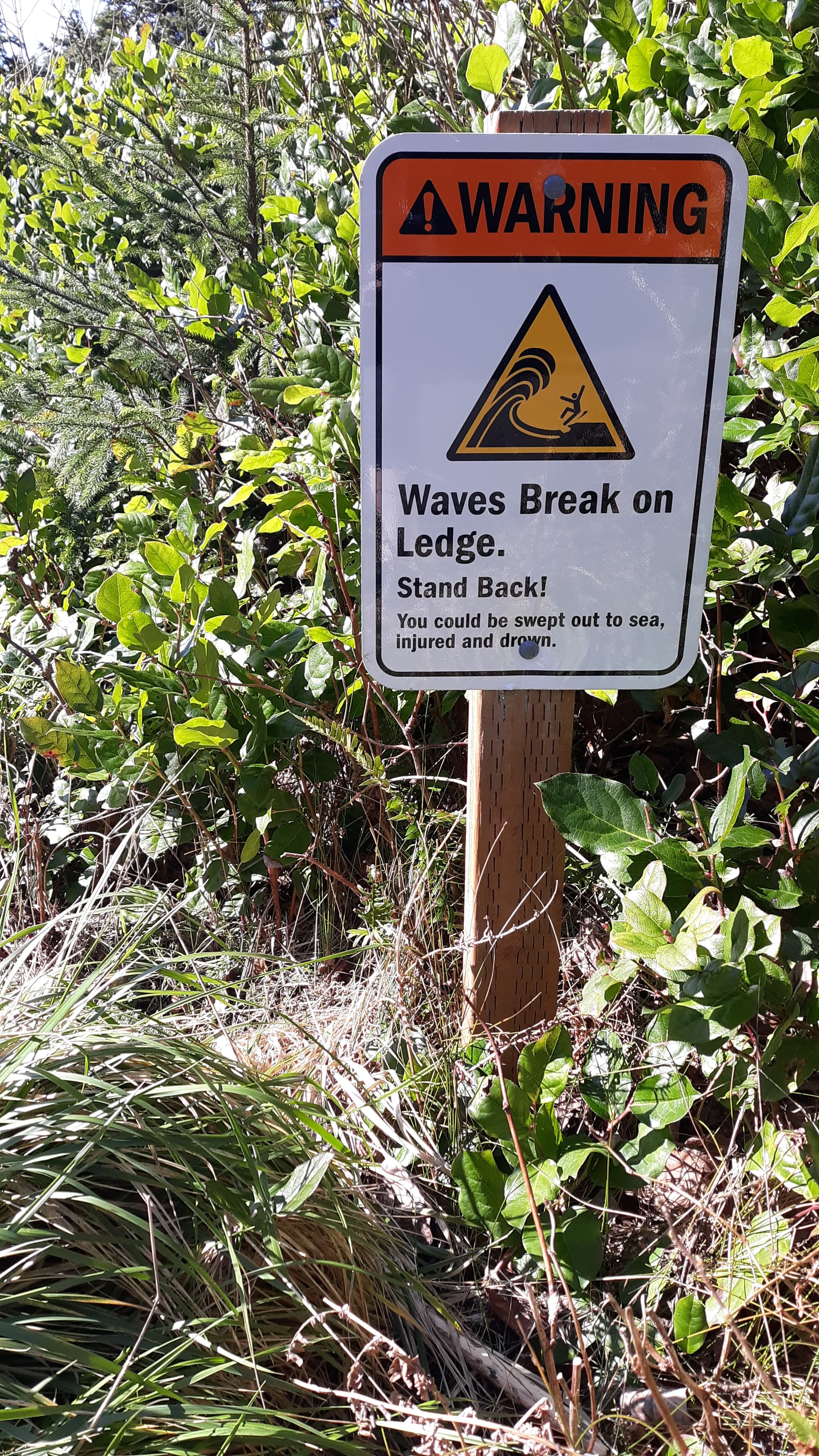 After, we headed to over to the Heceta Head Light. It’s hard to get close to it, we first saw it at a small beach area on the waterfront below (which also looked like it was in at least a few movies). 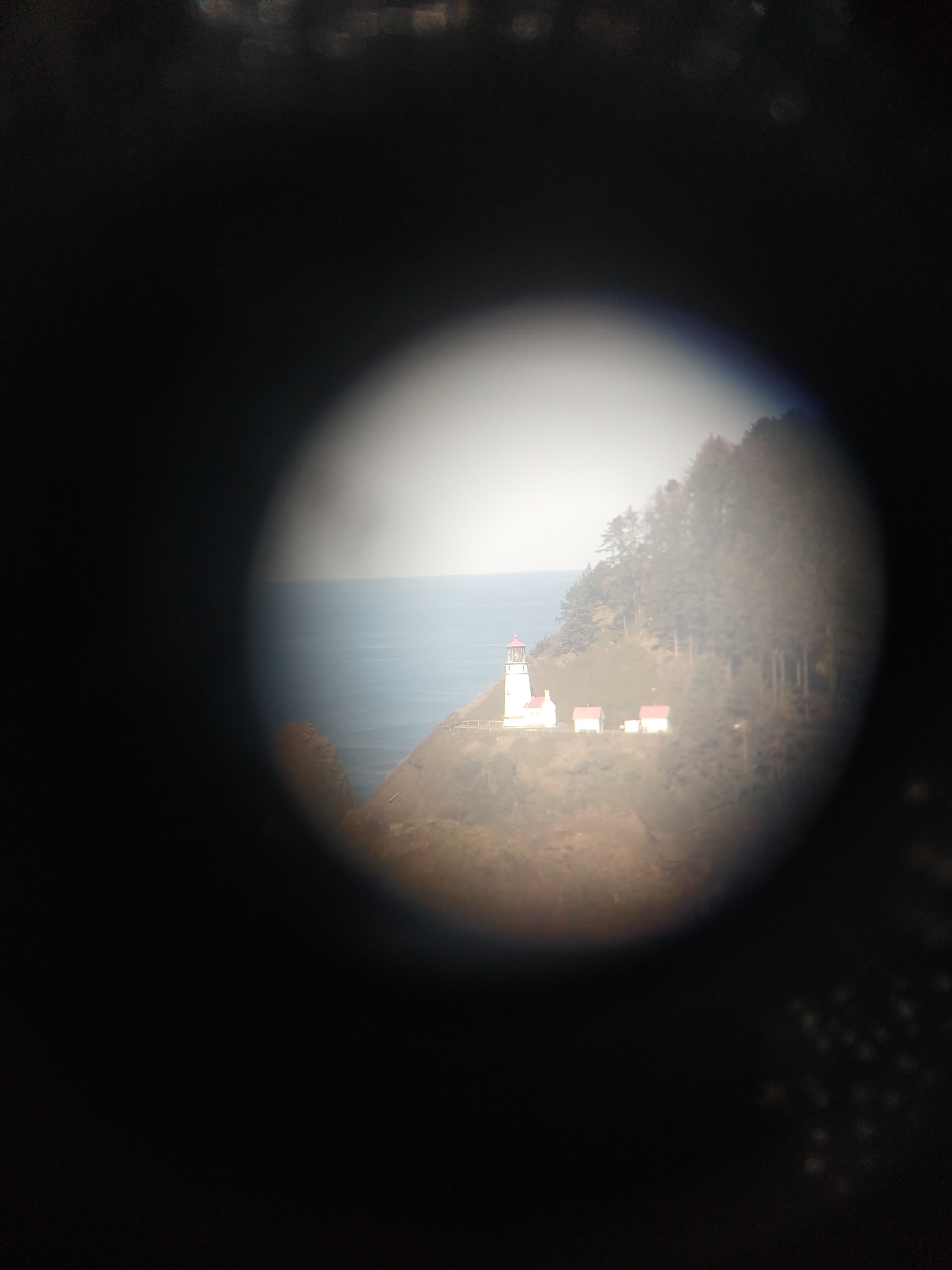 Frustrated, we went to the next attraction, Sea Lion Caves. We hadn’t done much research, so when the only thing we saw was a gift shop, we were a little disappointed. When we went inside and down the elevator, it was like being transferred to another world. Over 300 sea lions make their home here at any given time. The cave itself was a massive dome over 12 stories tall. 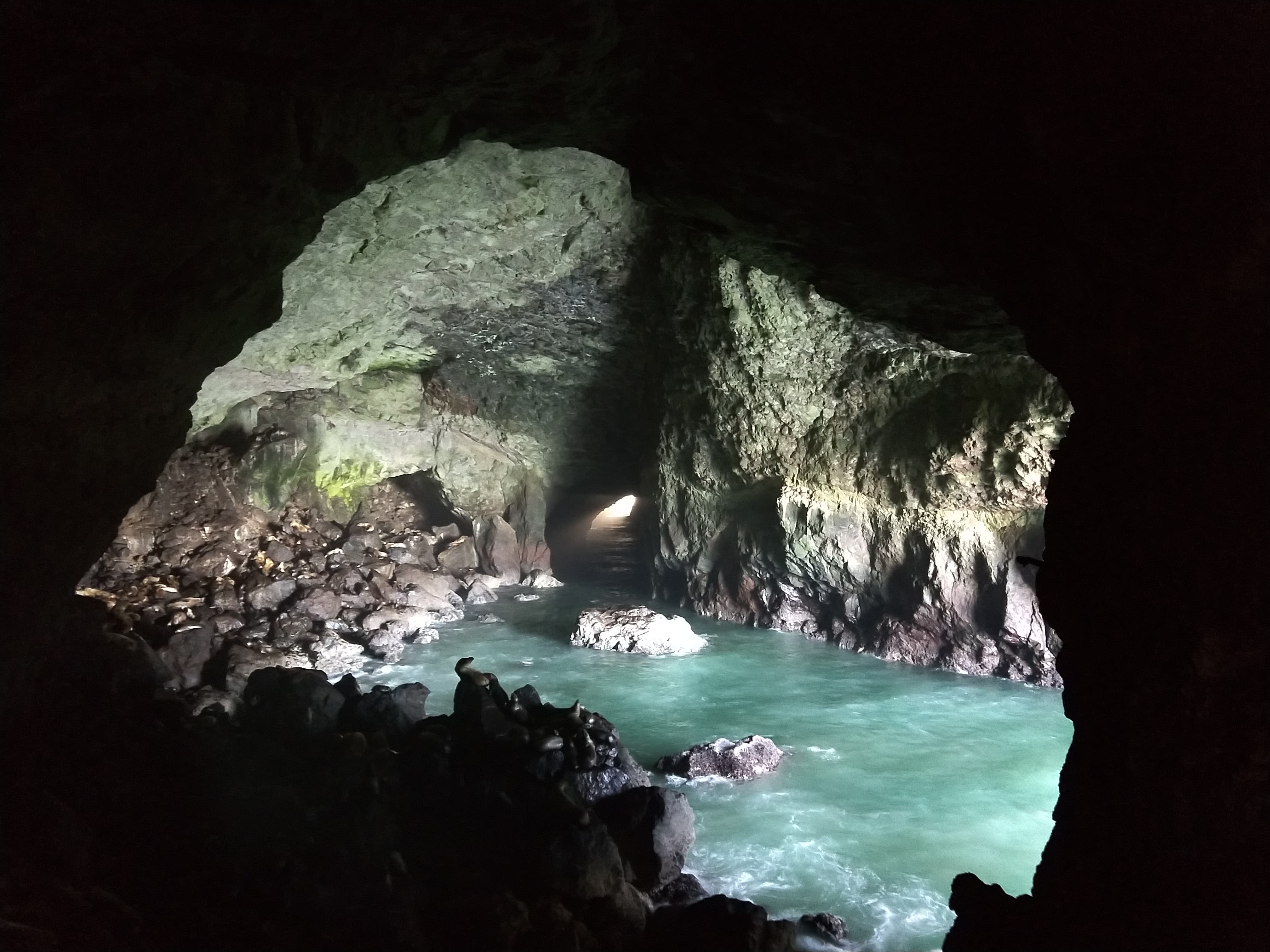 The geography changed drastically again. Approaching Dune City, we began to understand the name. To our right was 30 foot hills of sand. To the left was marshes, lakes, and Canadian geese. It was reminiscent of the rugged terrain in the Norther Tier of Minnesotaa. We briefly to eat our lunch at the Oregon Dunes day use area. 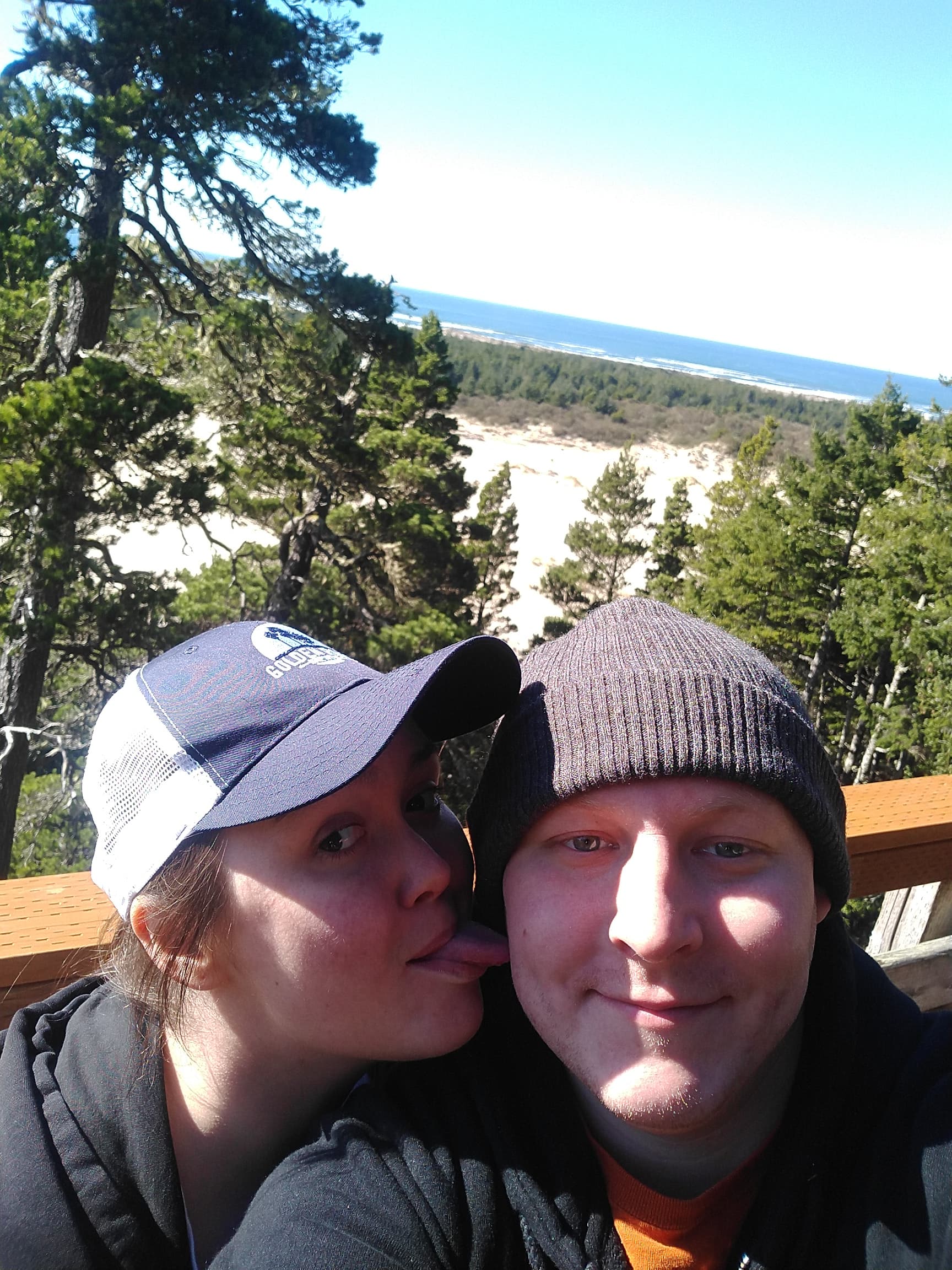 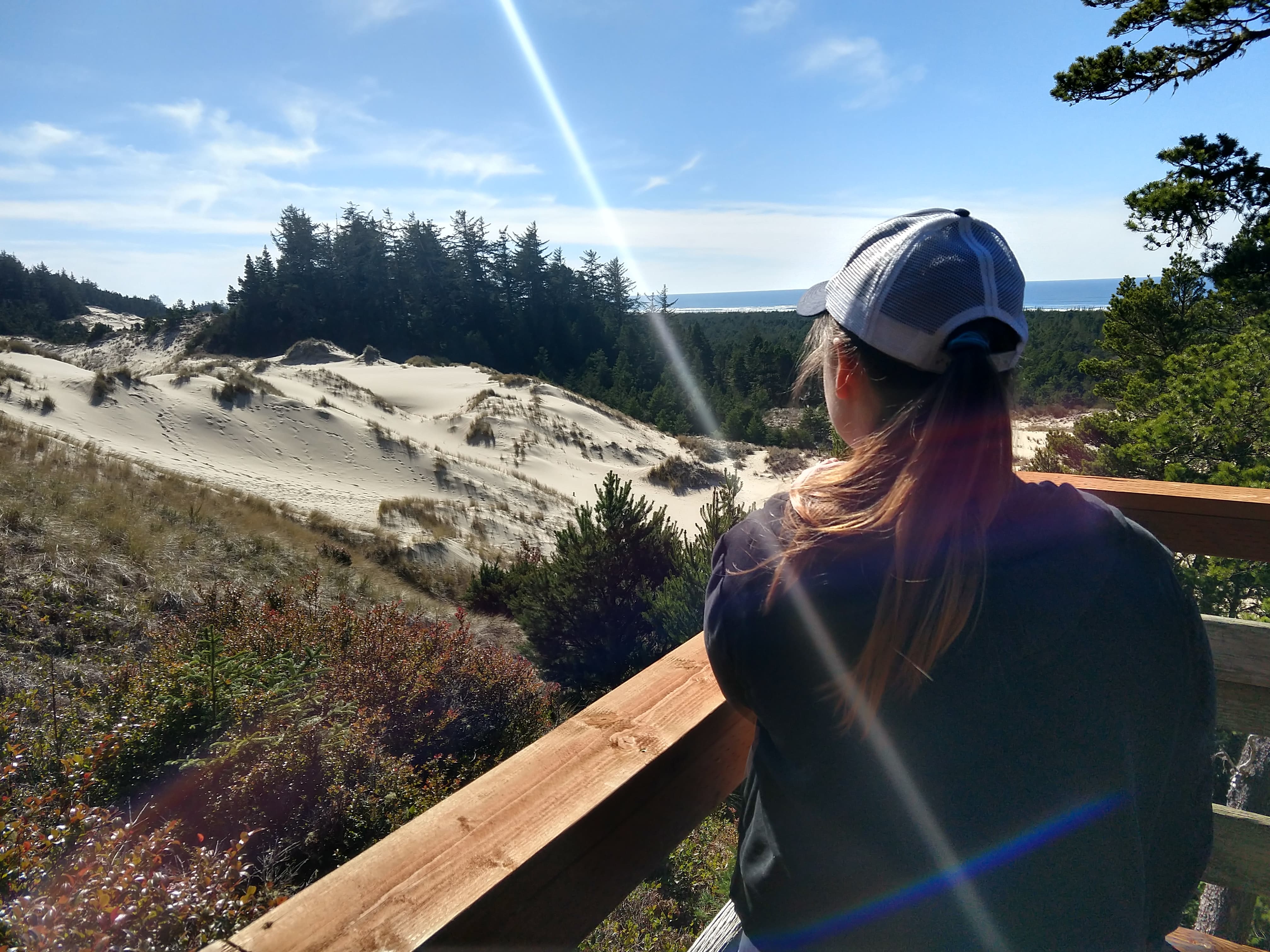 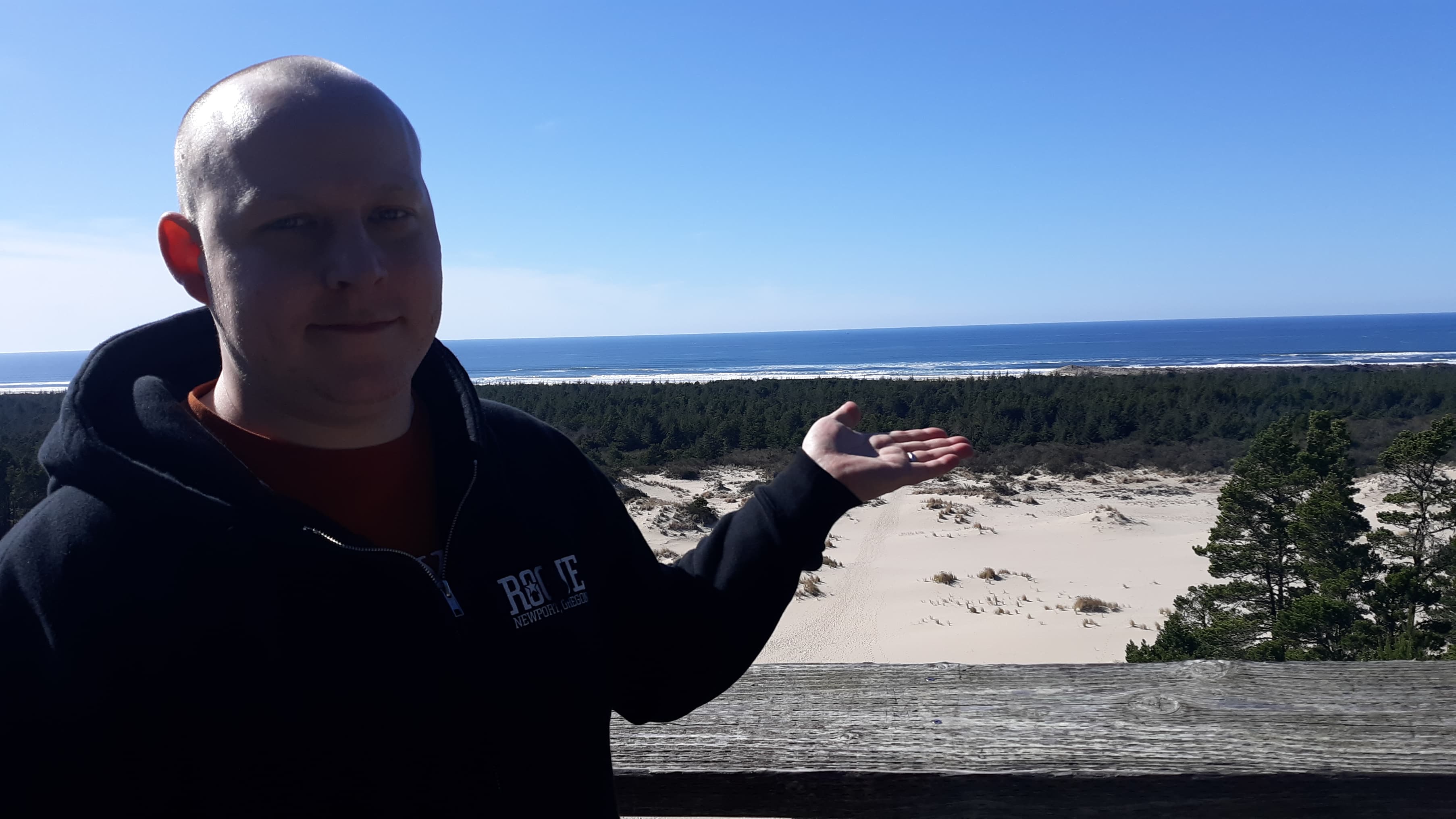 We passed a few other attractions such as Devil’s Backbone, McCullough Bridge, Face Rock , and finally ended up at Kissing Rock in Gold Beach for sunset. 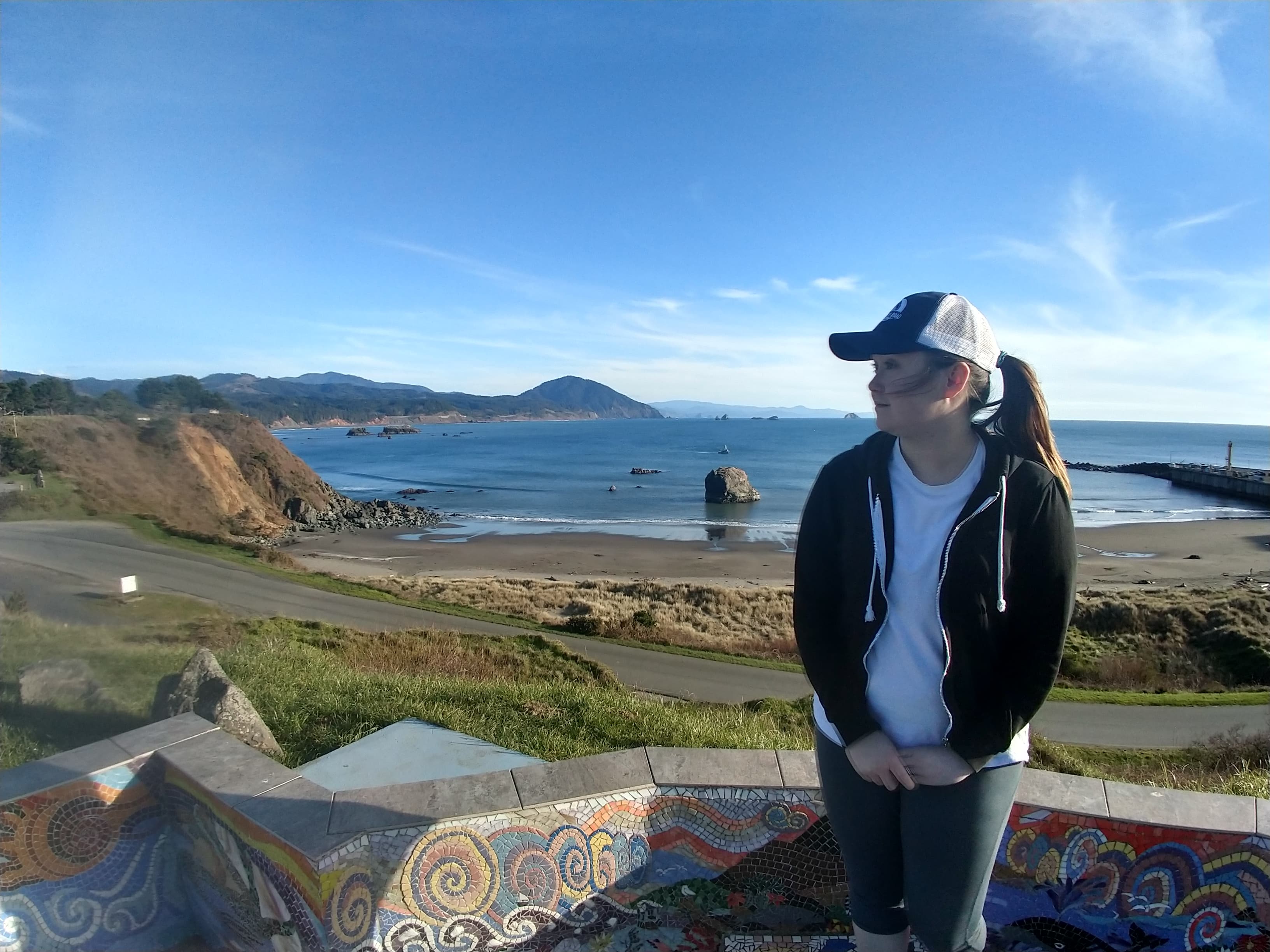 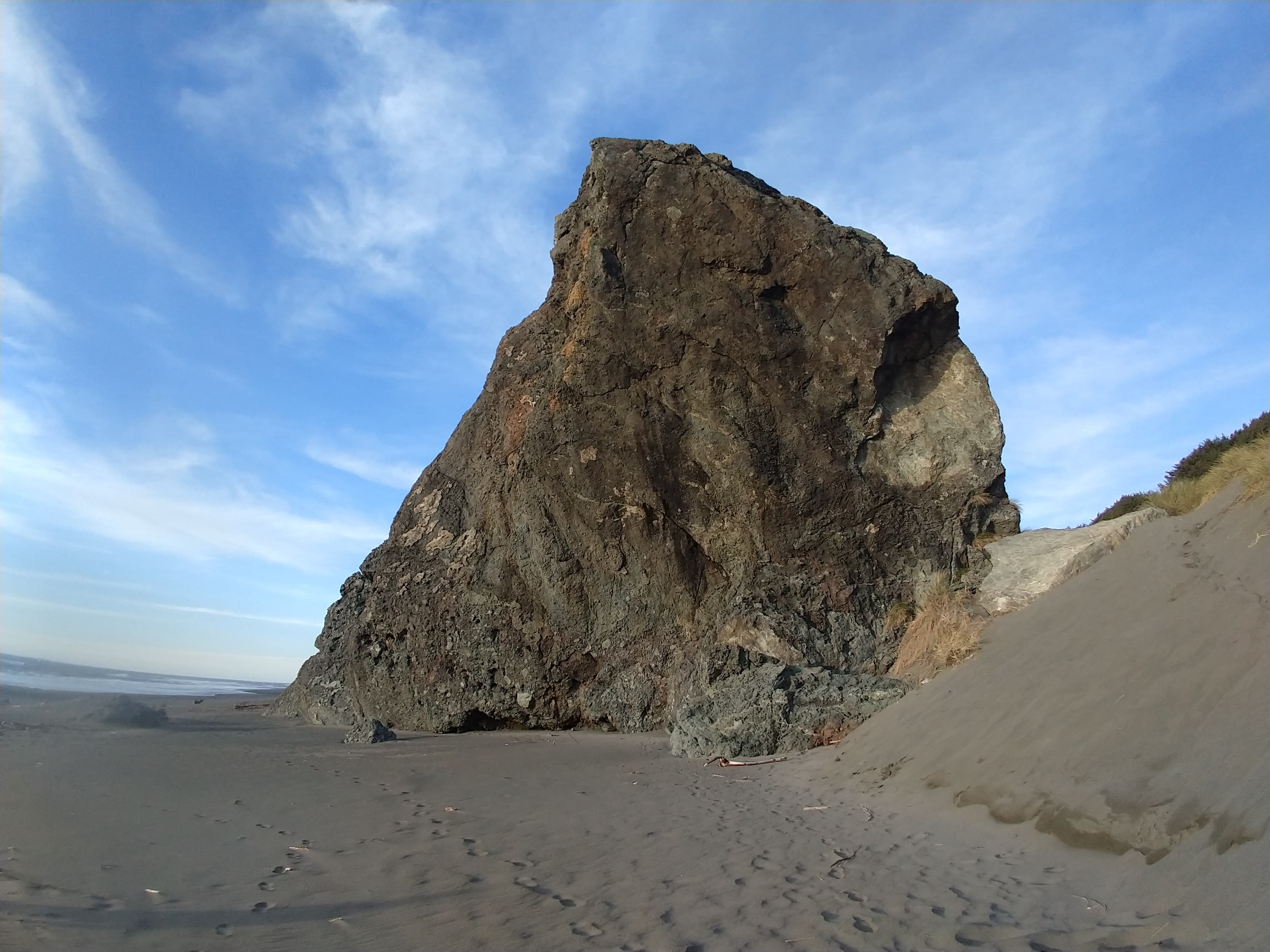 There was a pothole in the 101, so we were forced to take a long detour after sunset. Arriving in Brookings, we were pretty relieved and tired. 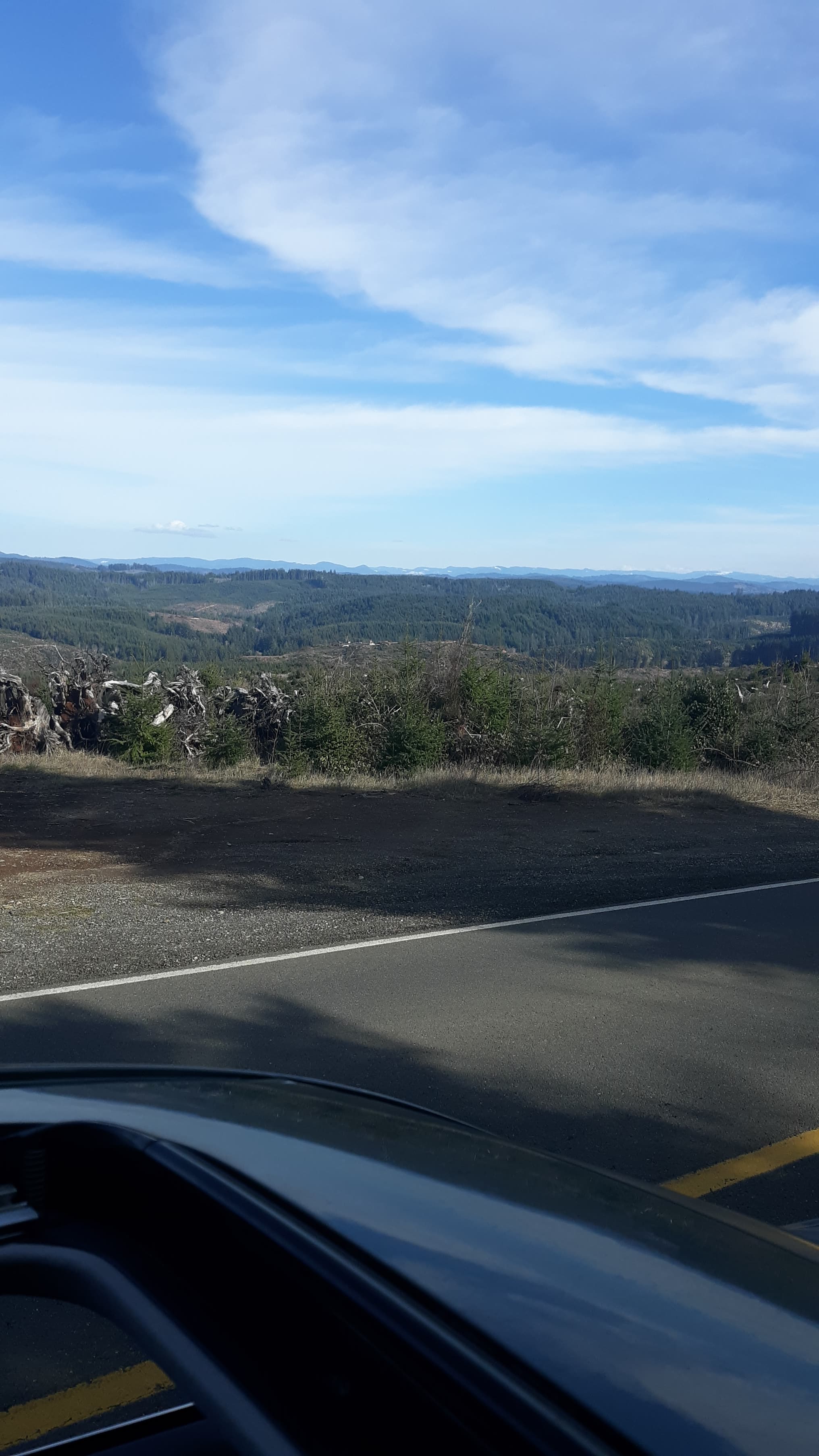 We ate some sushi, played some Oregon slots (in the bar!), and came home to write this. 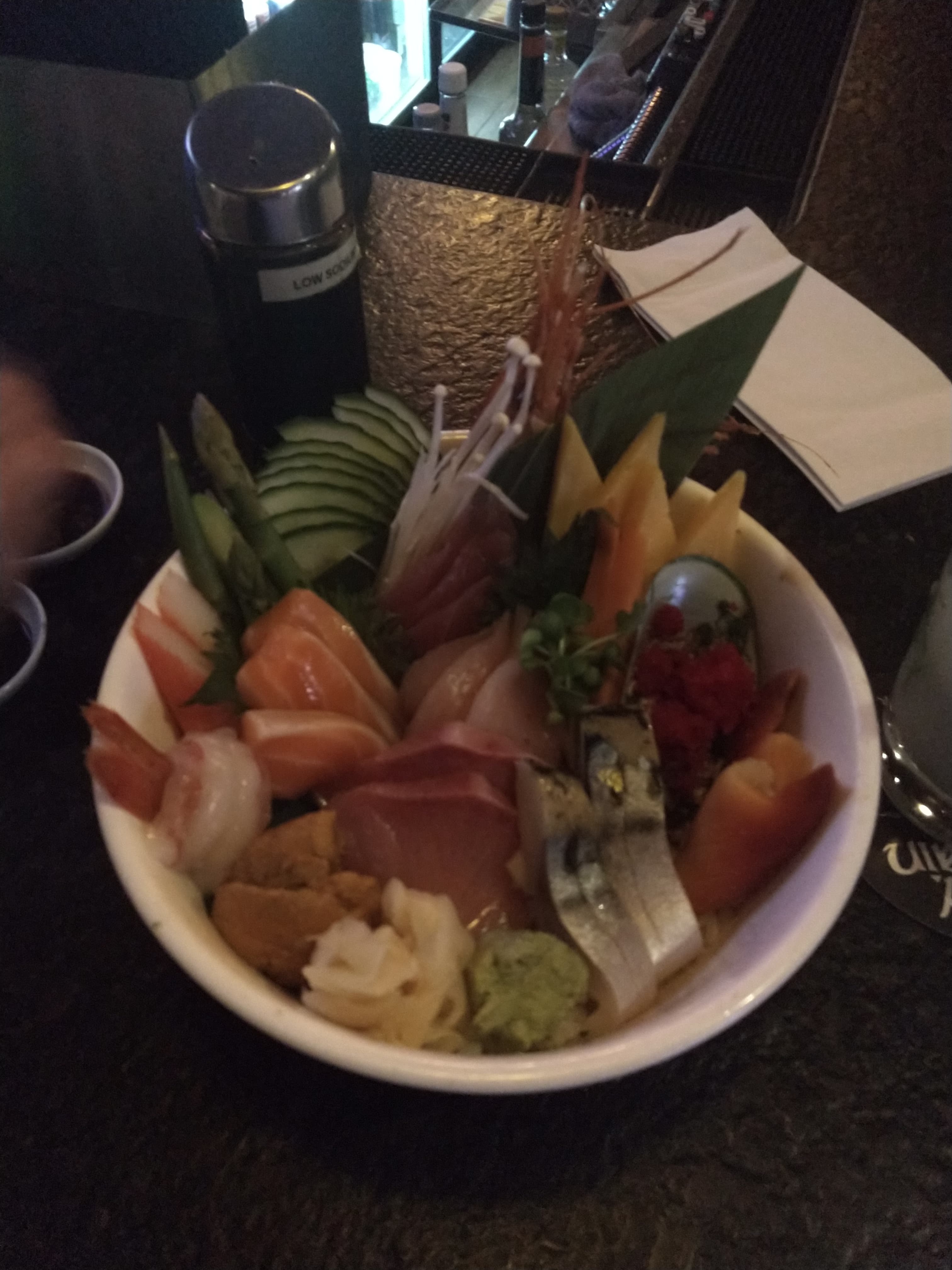 Tomorrow we will explore the Redwoods in Northern California!