We awoke in Westport to fresh coffee and pastries provided by our generous hosts, and snapped a few pictures at the “Westport Whale” which we could see from our room. 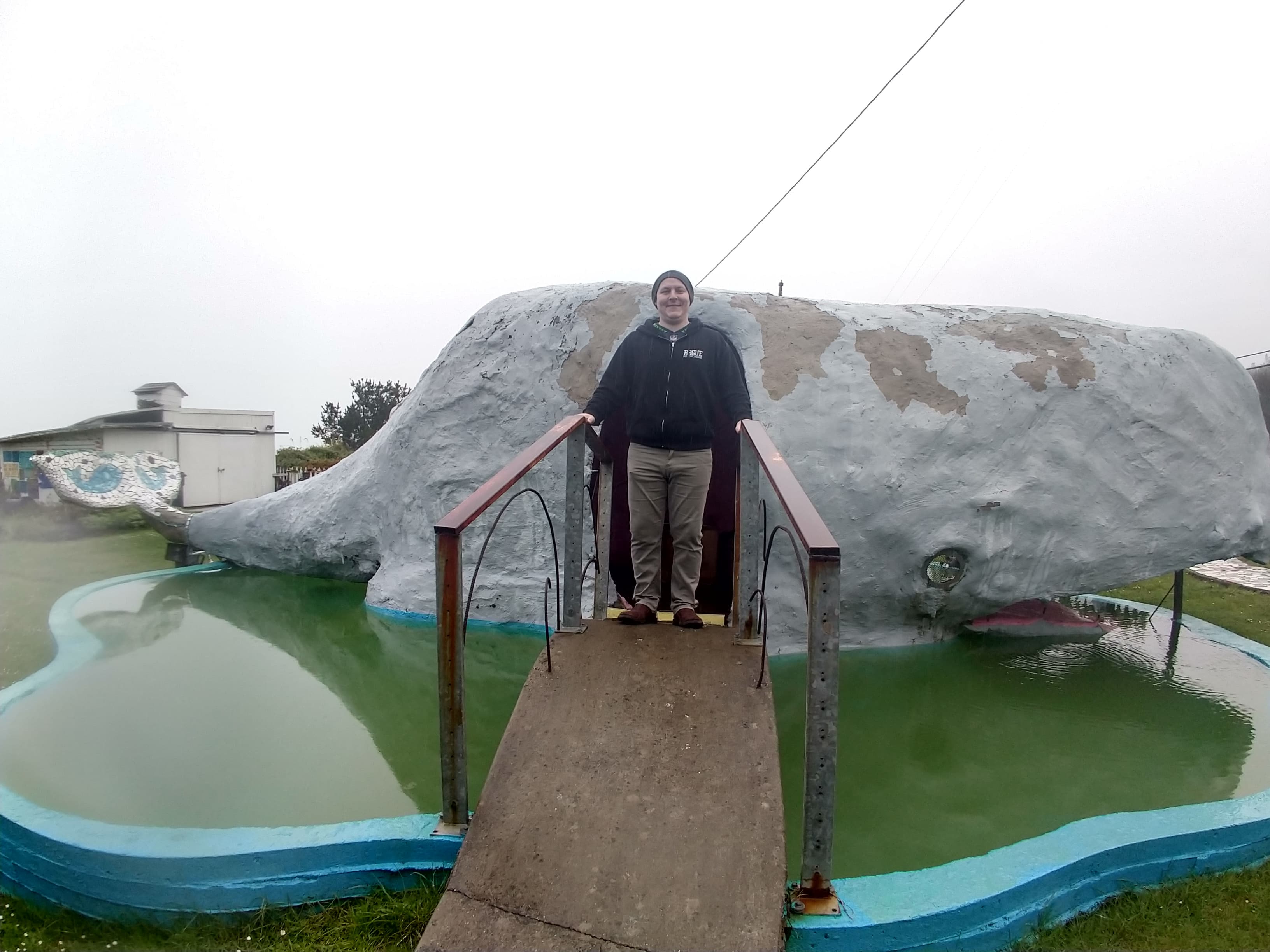 There were fewer things to do, but many vista points along the the drive to San Francisco. Most of the drive, we paralleled bluffs and rocky shores. We pulled off at quite a few places, our favorite of which were the Mendocino Headlands State Park and the Point Arena Lighthouse. The drizzle continued most of the day. 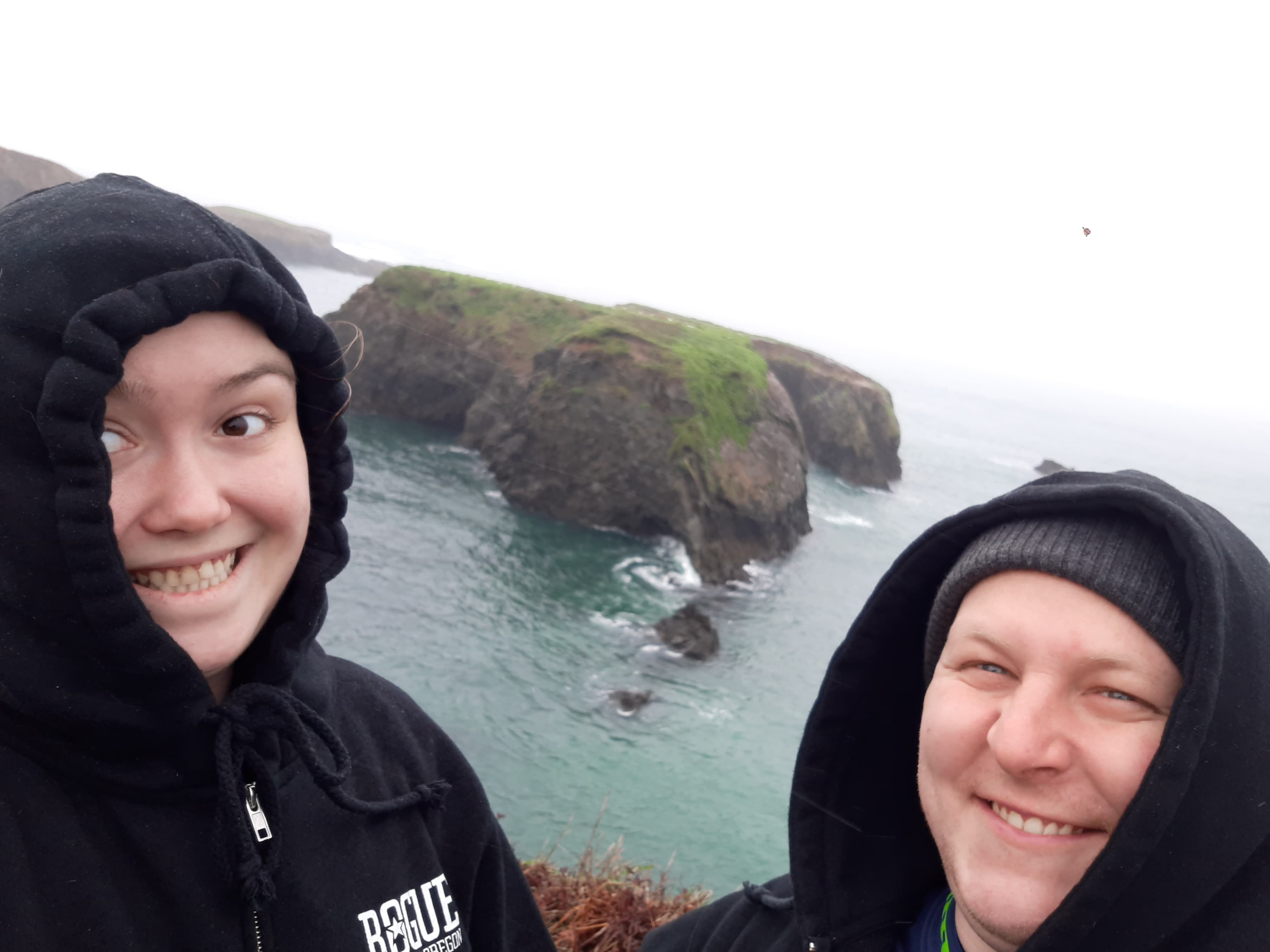 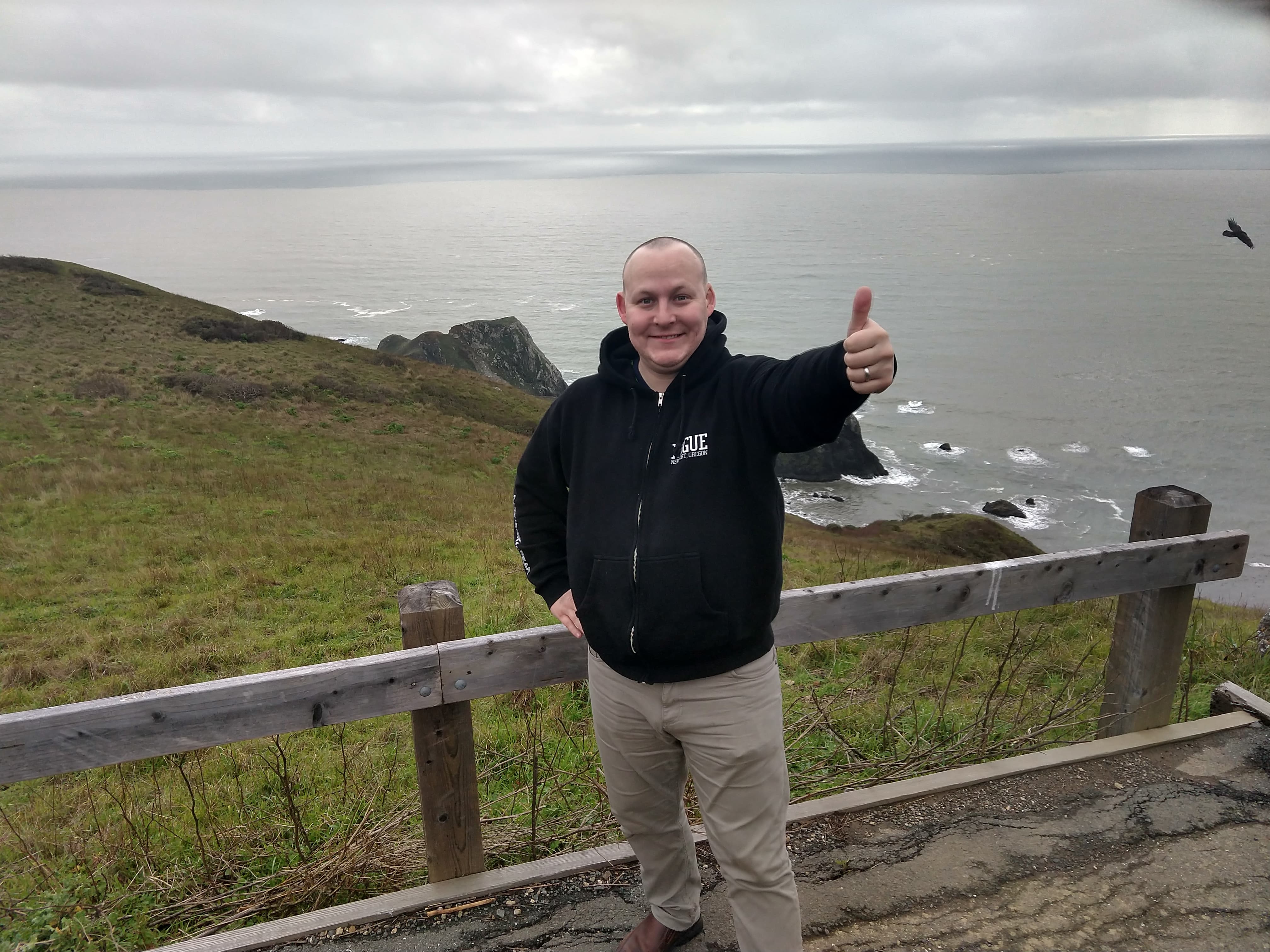 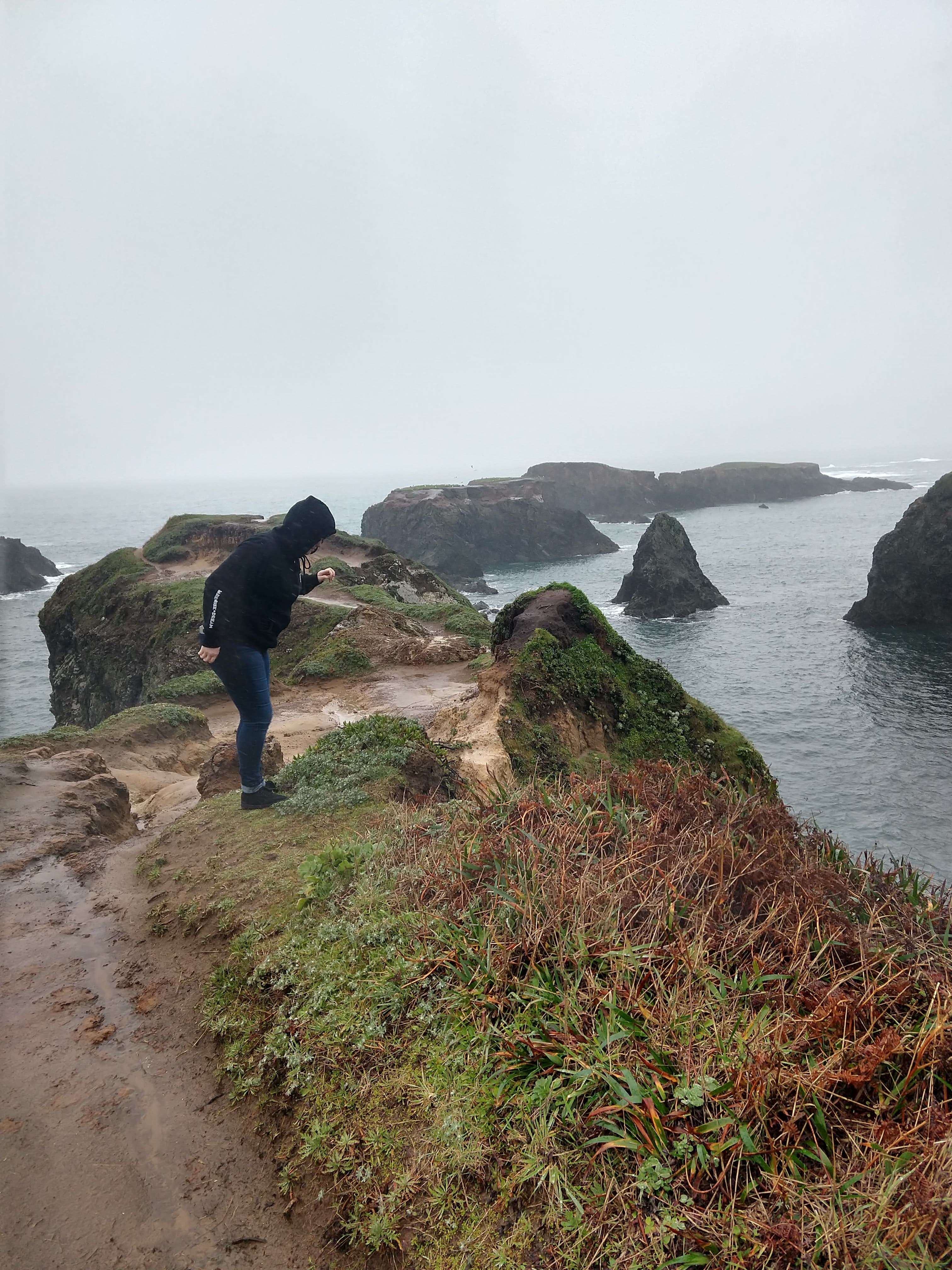 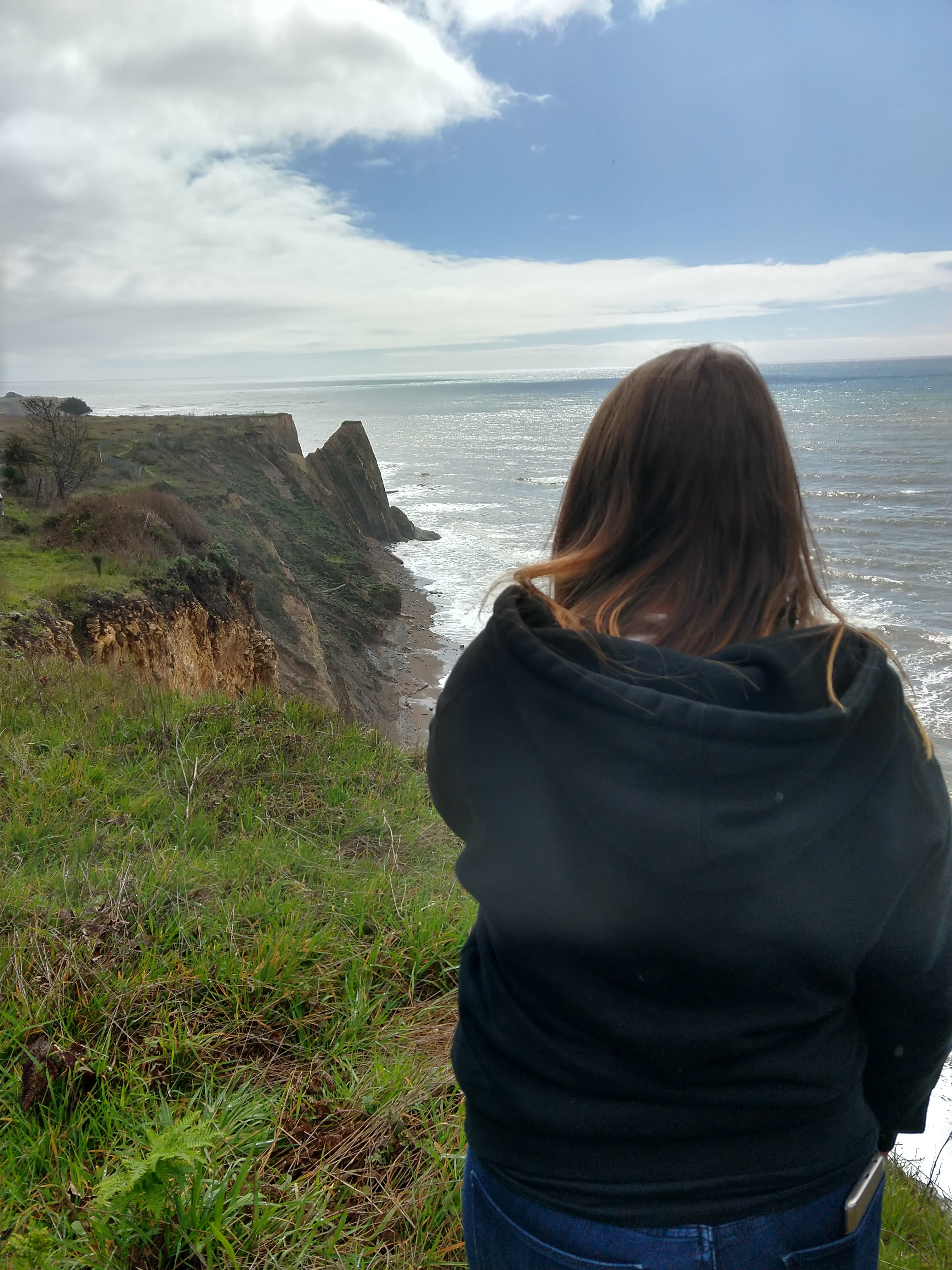 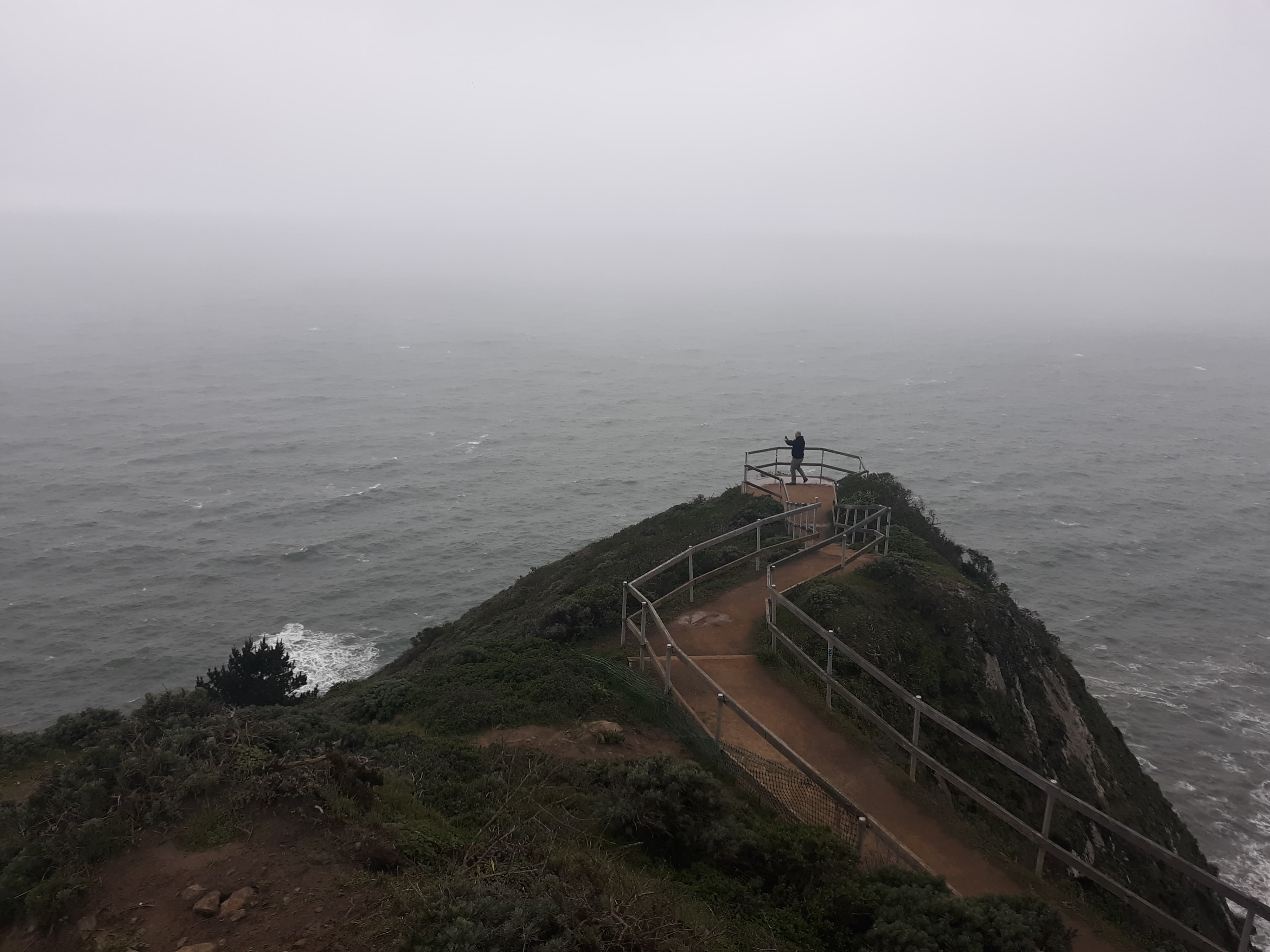 After about a hundred miles, the road changed fairly drastically. We drove along an extremely windy, mountainous road. At certain points, we had ascended over 1,200 feet and were just inches away from a huge dropoff. Needless to say, it was slow going – we rarely got above 35 MPH. However, the views were spectacular (again). At some points, you could see up to 4 bends of the road climbing and descending the hills. 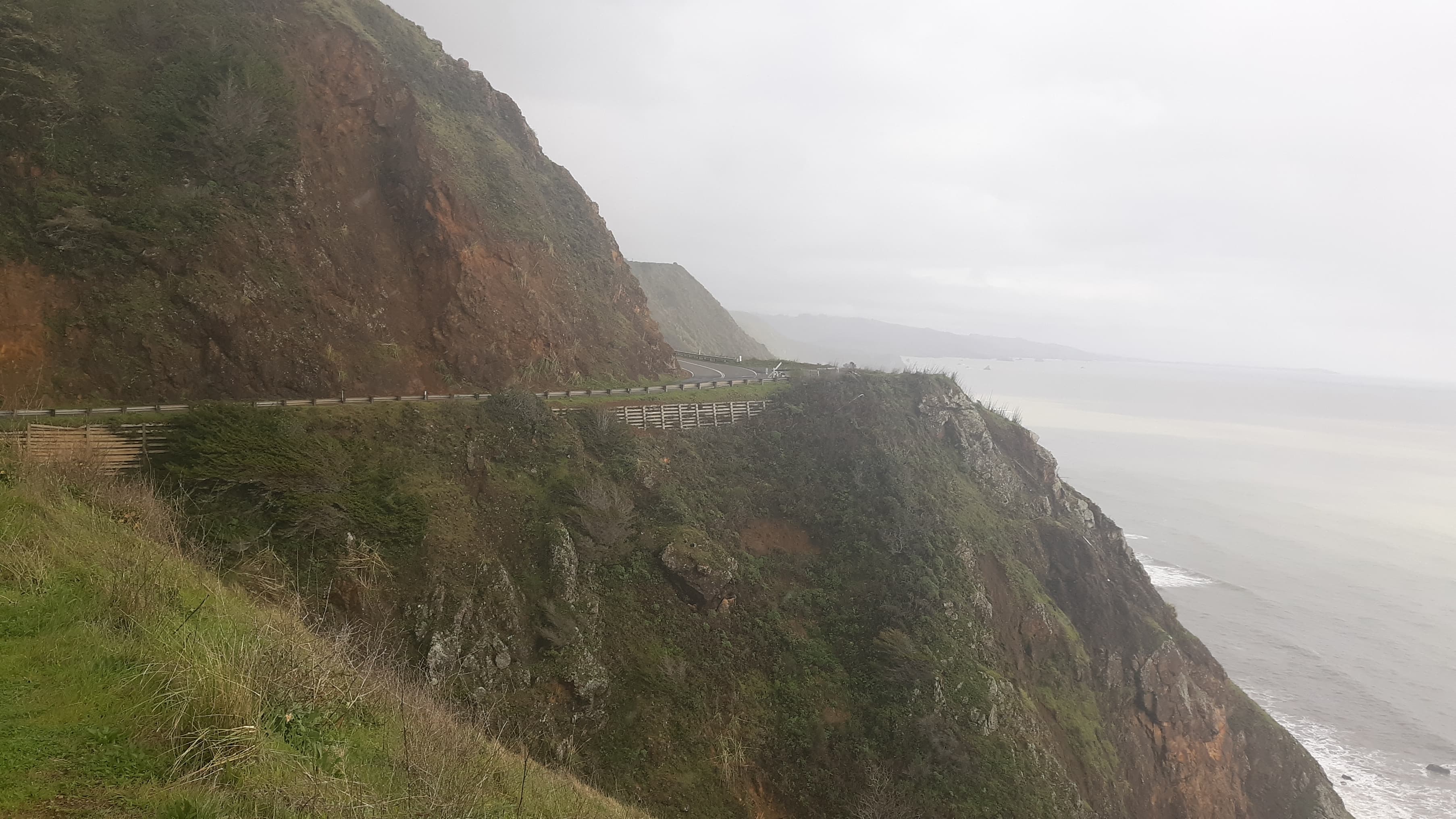 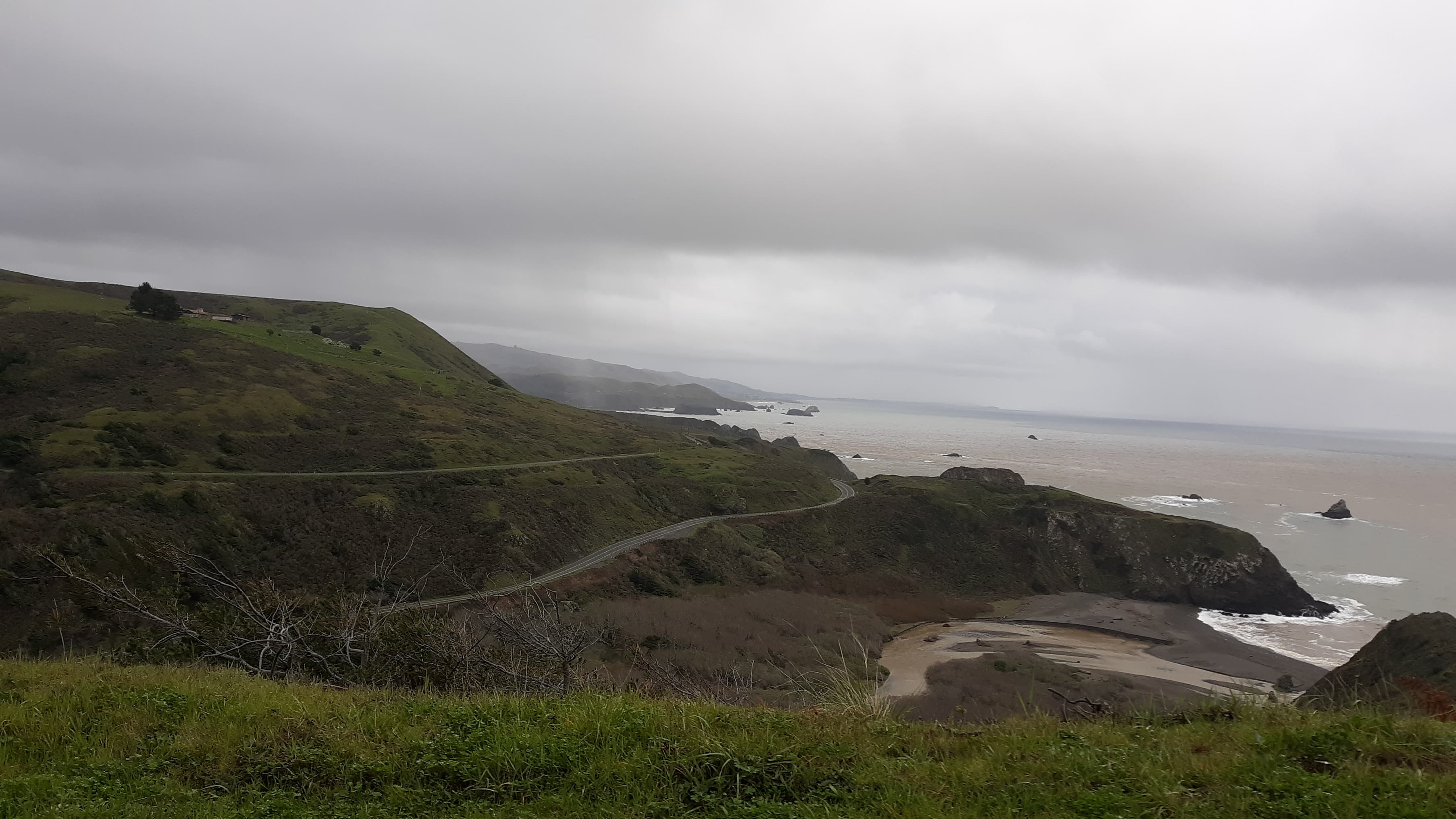 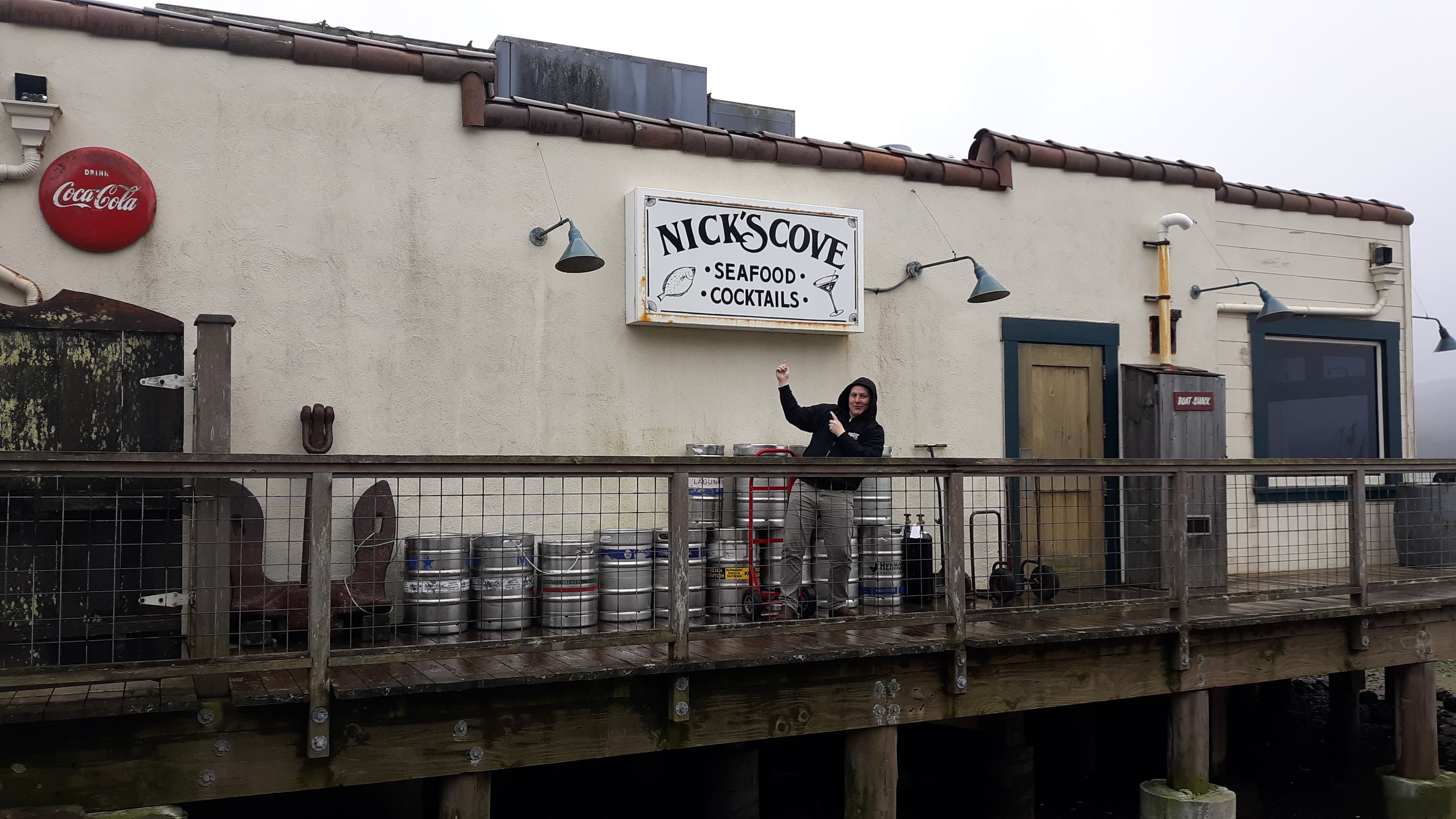 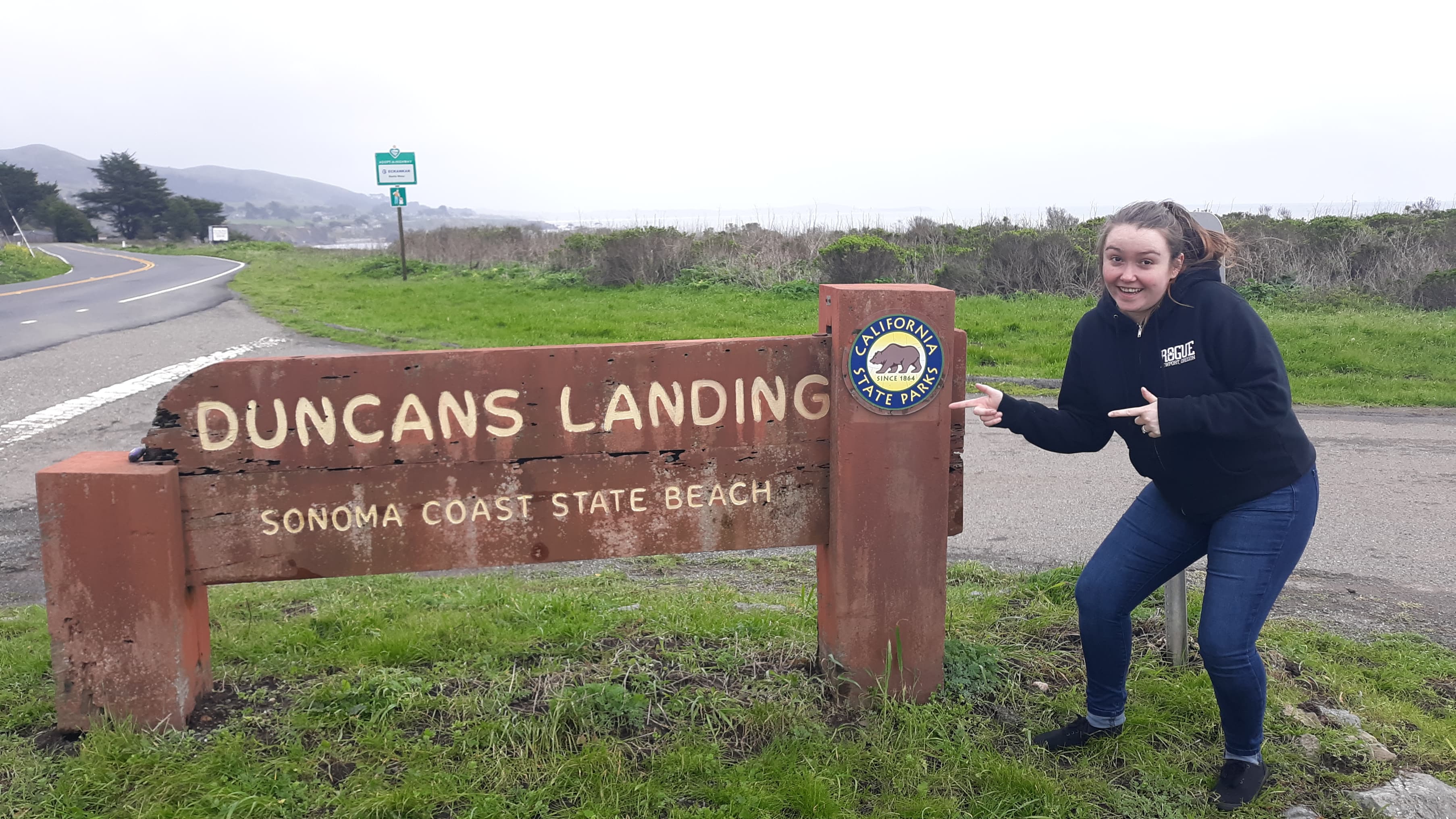 From there, we headed inland a bit. After passing Nick’s Cove, we entered a very interesting area. The rolling hills and farms provided a scenic change. We felt like we were in England, Germany, or the Northeast. We even passed through a town that we swore was in the movie Beetlejuice.

Arriving at the Golden Gate Bridge was a huge reward at the end of the day. San Francisco was the first place we had planned to spend an extra day sightseeing. We checked into our hotel and headed to Coit Tower. We climbed up hundreds of steps and were a little disappointed when we arrived at the Tower, as it had just closed moments before. 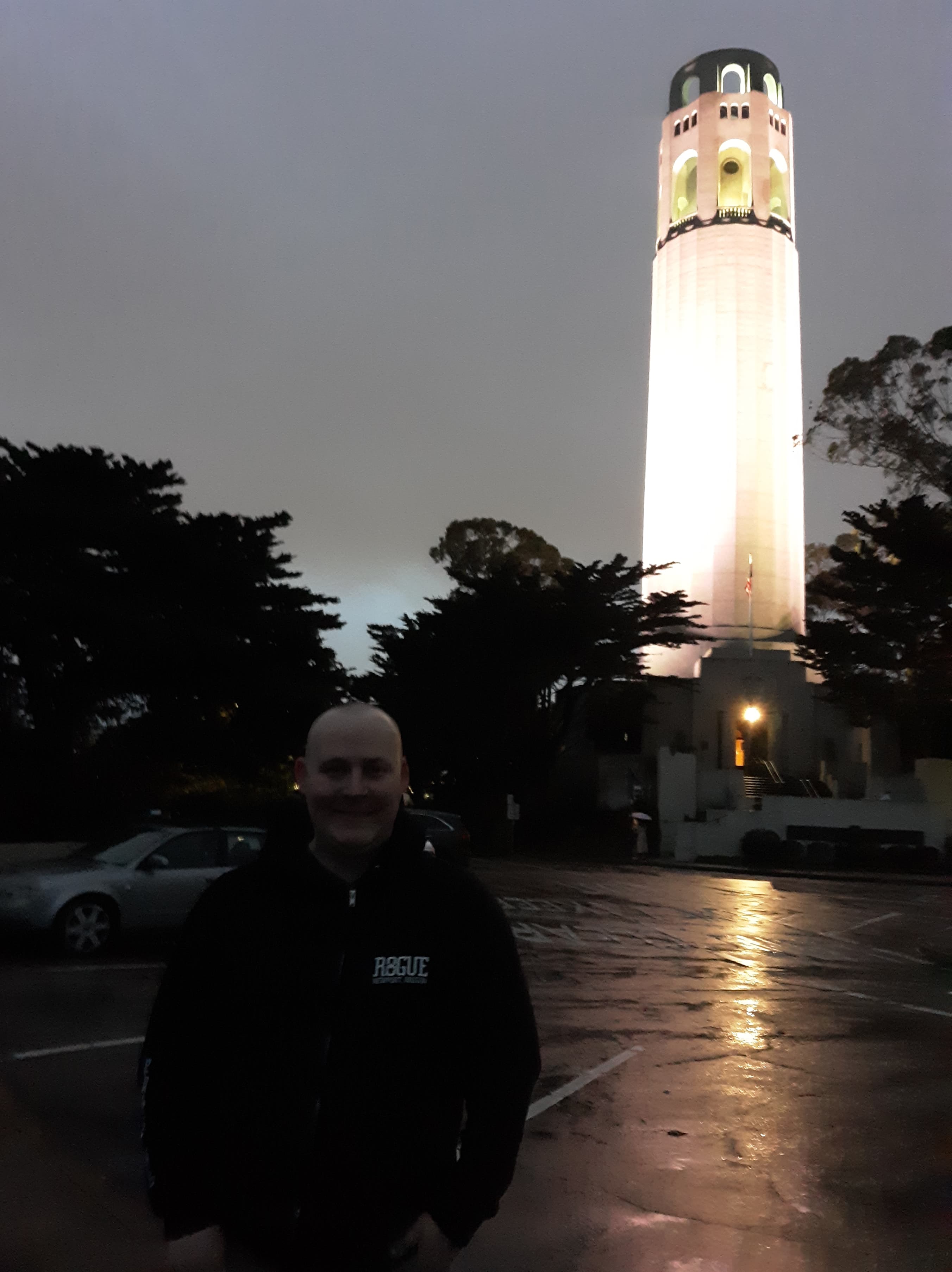 We checked into the hotel and did a little pub crawl through the area nearby. Hence why there was no post yesterday!

Today we slept in slightly, drinking lots of water and coffee. We were really excited to see what San Francisco had to offer. First, we headed to Chinatown to collect our penny and eat some noodles. Nick was a little afraid of most of the places there, but we ended up finding a small dim sum place to snack. 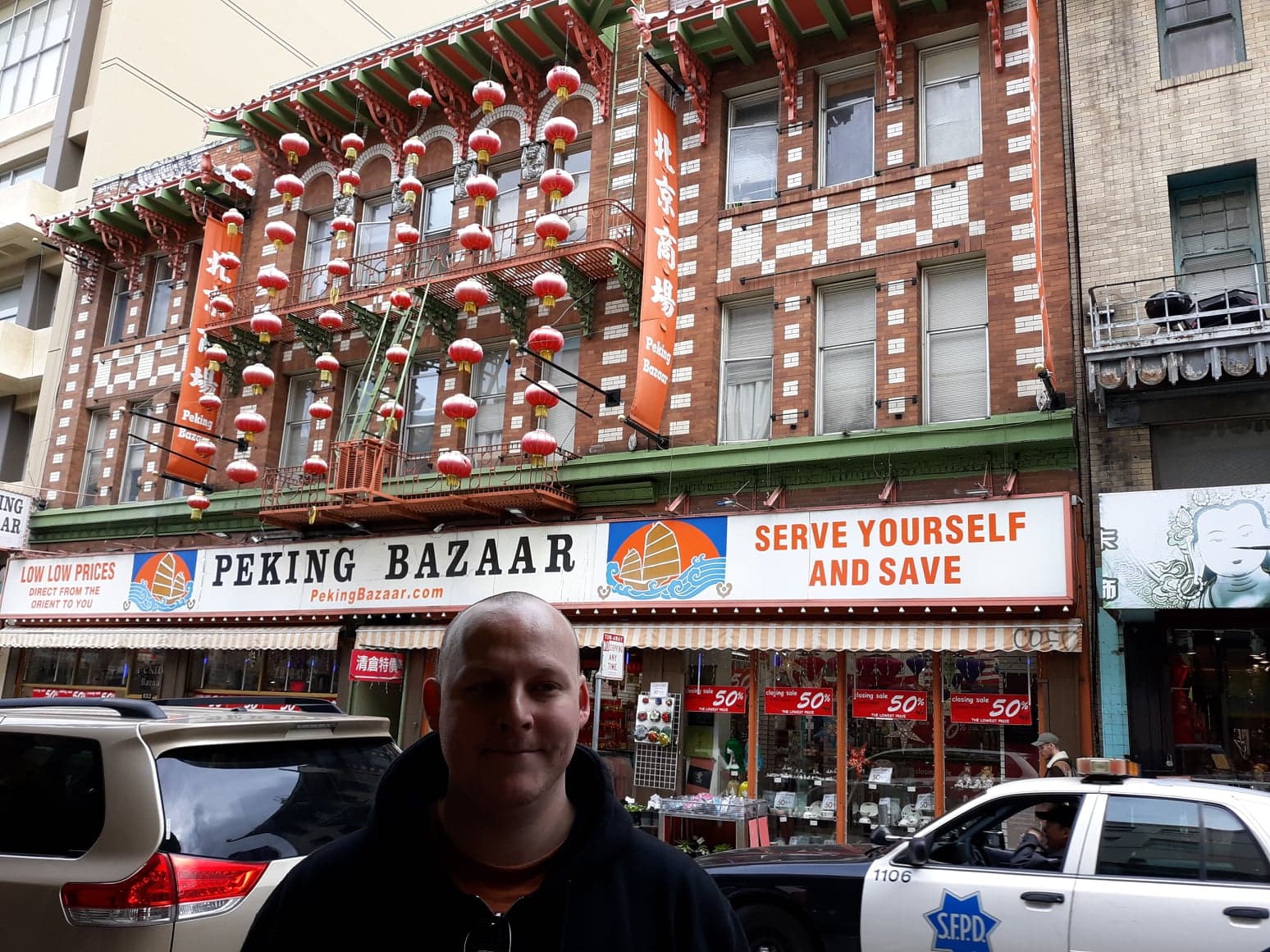 Then we walked over to the Cable Car Museum. It was fascinating to learn that a single station powers all the cable cars in the city through a series of underground cables. 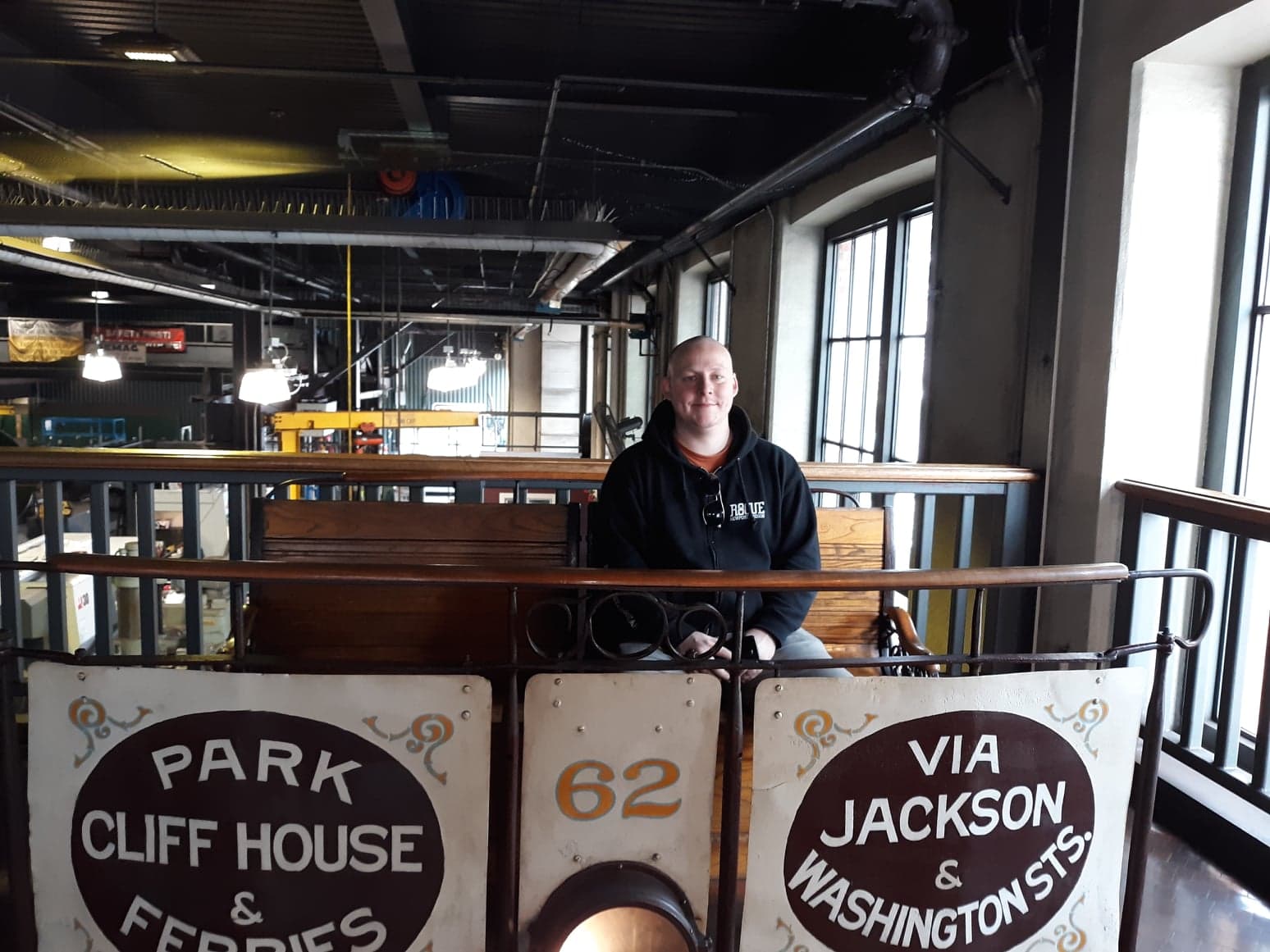 Then we paralleled one of the cable car routes up to Fisherman’s Wharf, where we strolled along the waterfront, checking out the various shops and sights. Our favorite stop was seeing the sea lions on Pier 39! 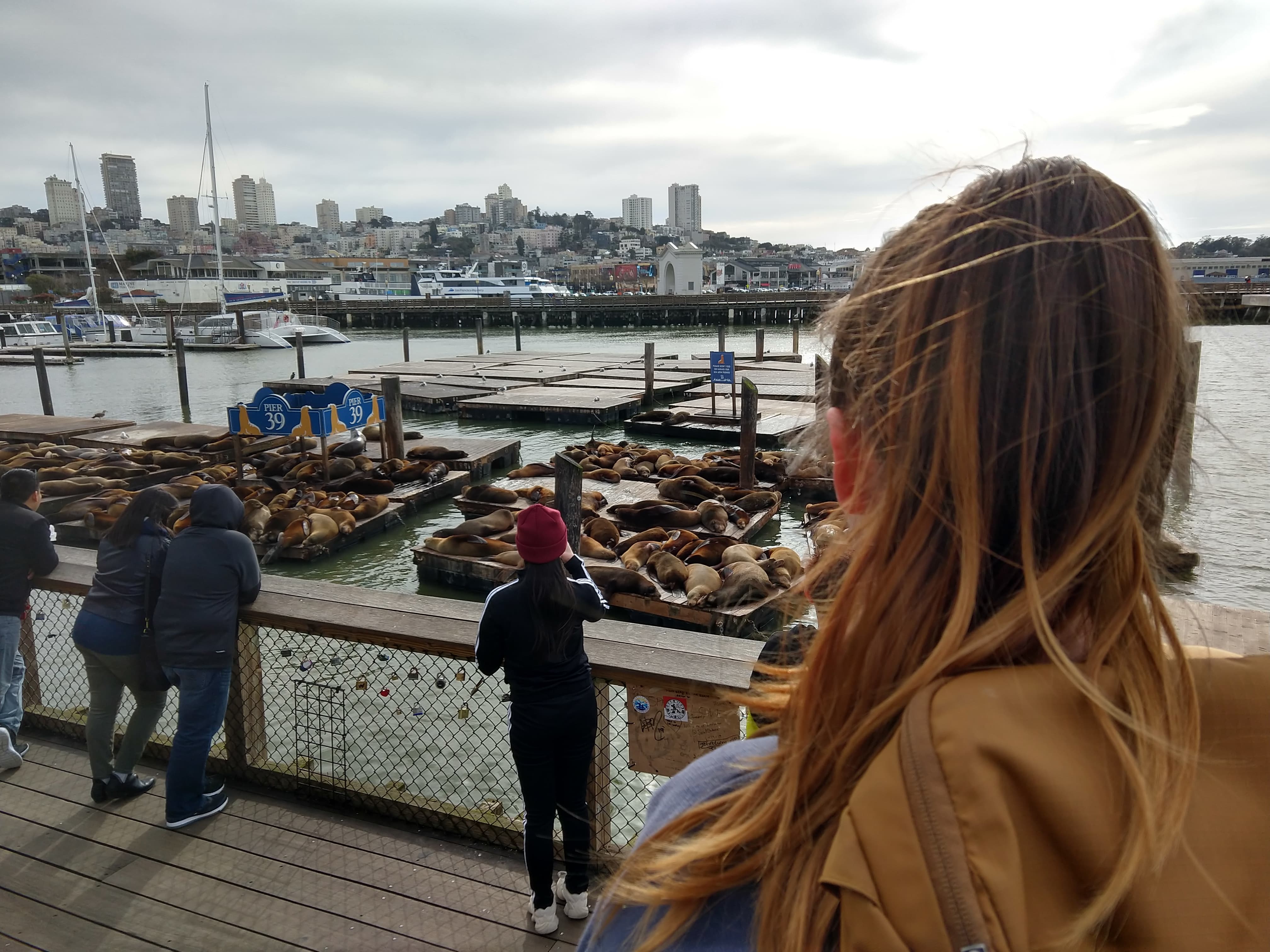 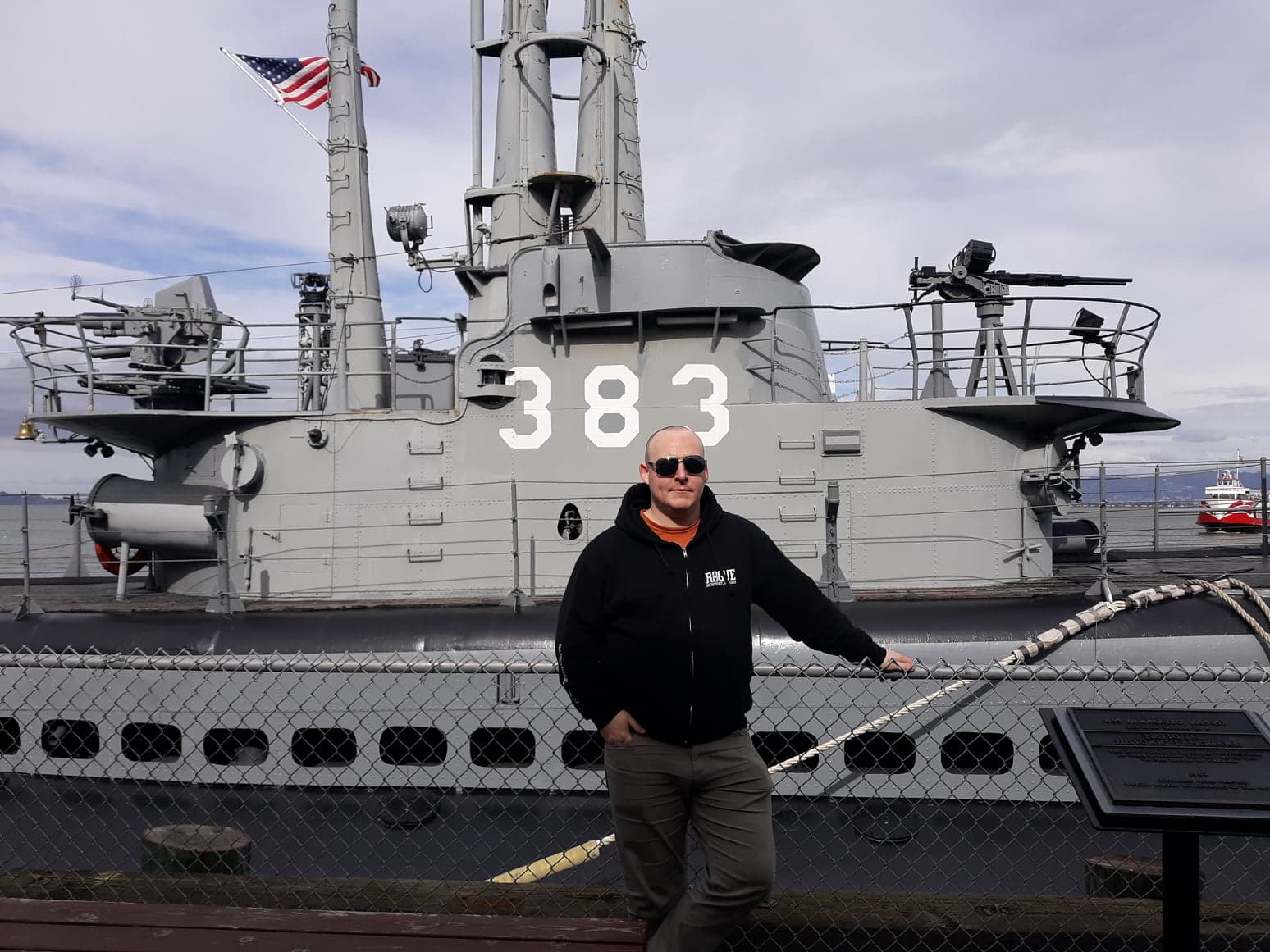 We ubered back to the hotel and drove over to the Marin Headlands Viewpoint, where we were treated to an amazing view of the city and the Golden Gate Bridge (as well as the headlands to the Northwest). We learned the army had started building a series of bunkers there, but stopped after the advent of aviation in war, as the fortifications would not be effective against aircraft. 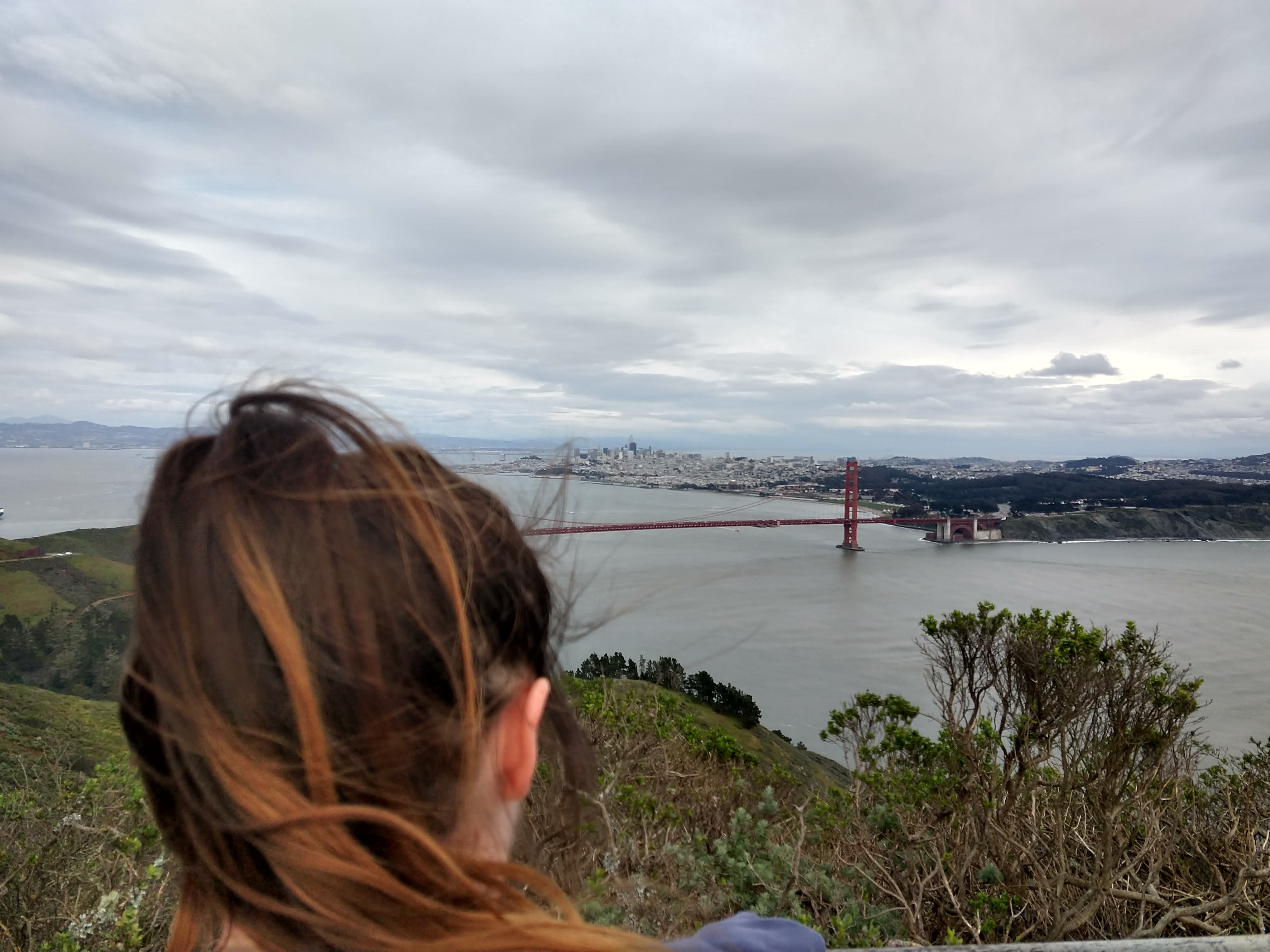 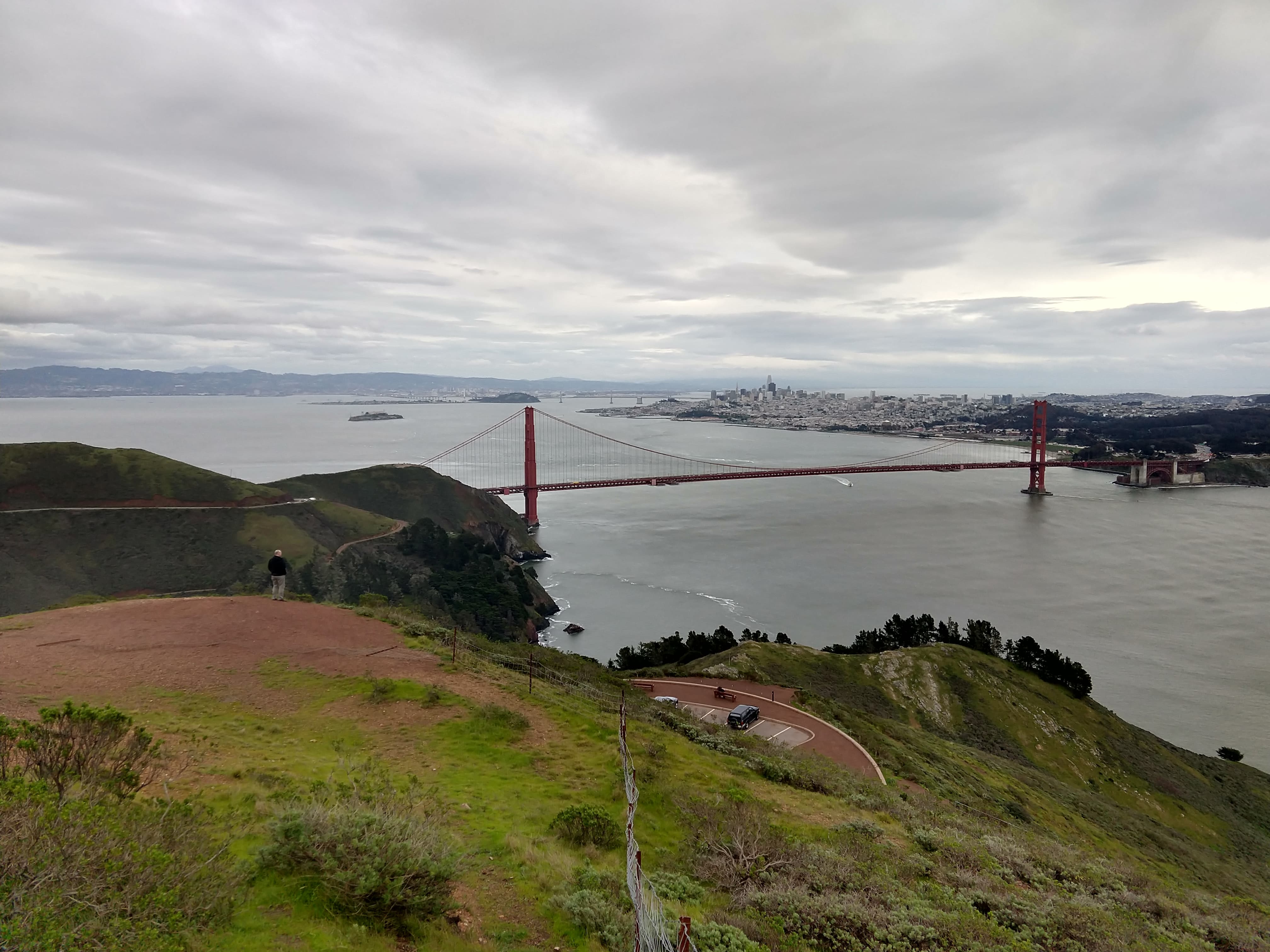 After, we headed to Palo Alto to meet my brother, Noah, for dinner. Along the way, we detoured through the Golden Gate Park (which is a super fantastic park) and the Haight-Ashbury District (where all the hippies came during the Summer of Love).

We met Noah at his dorm and headed to a restaurant Guy Fieri had eaten at. We both got delicious pastrami burgers. It was good to see him – he just got back from Tahoe and is heading to England to study abroad in the fall.

Tomorrow we are going to continue our drive down the 1 and hopefully make it to San Luis Obispo, CA! Then onwards to Hollywood (where we may just stop our trip and try to make it as movie stars). Just kidding.

Thanks for reading and being patient!

Days 7 and 8: Windy Path to the City of Angels